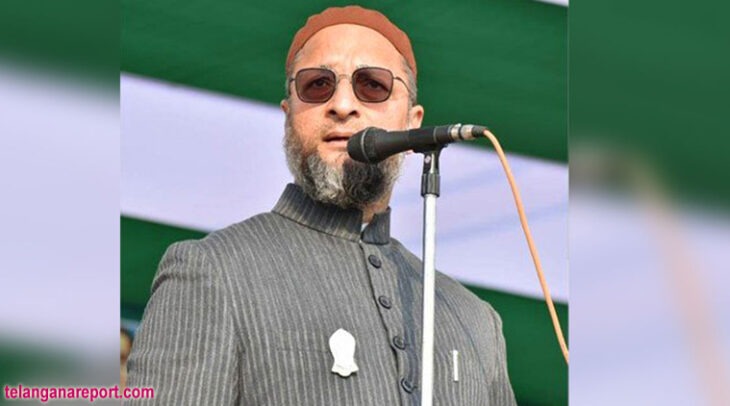 “They think they have danger from halal meat, Muslims’ caps, and their beards. They have problems with their food habits. The party is actually against Muslim identity,” the AIMIM chief said.

He further alleged that BJP’s real agenda is to end India’s diversity.

Ali also claimed that many leaders of the Samajwadi Party will join the Asaduddin Owaisi-led party in the future.

Stating that his party chief Owaisi never polarised by speaking on the “Hindu-Muslim issues”, Ali said that the party will keep fighting for the community.

Last month, after the Uttar Pradesh government ordered a survey of Islamic educational institutions or Madrassas in Kanpur, Owaisi alleged that the government is targeting Waqf property which is a “systematic targeting of Muslims”.

Attacking the Uttar Pradesh government, Owaisi alleged that there is a “conspiracy” behind madrasas’ survey.

While addressing the media persons in Hyderabad, he said, “Why are you (UP Govt) conducting a survey of Waqf properties only? Do it for Hindu Endowments Board properties too. I was saying there’s a conspiracy behind madrasas’ survey. It’s coming to the fore. UP govt is violating Article 300 (Right to property).”

“If someone has illegally registered govt property as Waqf property, fight it in court, go to Tribunal. UP govt is targeting Waqf property and trying to snatch it away. Such a targeted survey is absolutely wrong. We condemn it. It’s systematic targetting of Muslims,” he added.