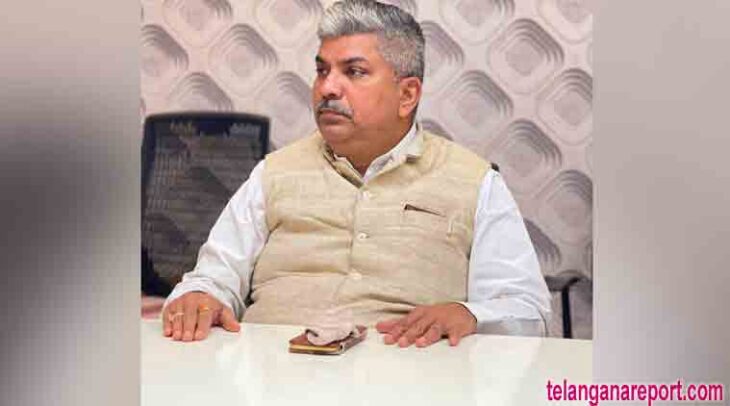 In his resignation letter to party president JP Nadda, the BJP leader alleged that he has been ignored and humiliated for the last four years.

“Social Defence, Social Justice, and Social Empowerment are far away from the party’s sight. Even to have a caste-based census, the party and the Union Government are against it. I have been scared since then. Regional pride and language emotions are belittled as intentional continued denial of justified due to Telangana reflects and Single Language Hegemony encouraged,” Ananda Bhaskar Rapolu said in his resignation letter.

Former Rajya Sabha MP Rapolu further said that the Union Government has vigorously shown “step-motherly treatment” towards Telangana and grabbed away several rightful opportunities from Telangana. Since the formation of Telangana, underground water levels almost throughout the state have raised enormously and now, our state is a Womb of River Water, leading to sound irrigation and climatic safety, he said.

“Agriculture became safe in Telangana now. I am not asking to praise these but, your leadership have allowed state unit to think, as if the party will never come to power in the state. Blame game changes. People’s memory may be treated as short but, shall not forget, they are deeply sharp damages,” he added.

BJP leader Rapolu further alleged in the letter that there is a long list of grievances to highlight the “disinterested nature” of the party but, the observation of Welfare as “FREEBIE”, has shaken me to the core, he said.

“For the last four years, I was ignored, humiliated, underrated and excluded in National Role.

With my personal way of taking life as it comes, swallowed all the agony. No issues. It’s my fate. Now, I am humbly tendering resignation to the primary membership of Bharatiya Janata Party.,” he added.