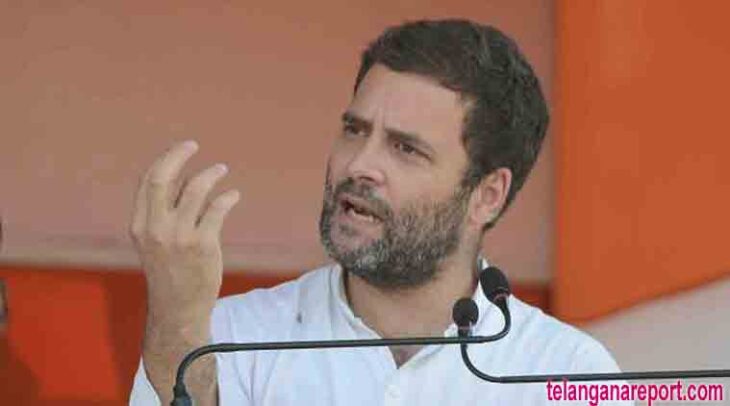 Hyderabad (Telangana) [India], November 2 : Congress leader Rahul Gandhi on Tuesday attacked the TRS government in Telangana saying that it supports the BJP on legislations in Parliament and that Chief Minister K Chandrashekar Rao “does drama” before the polls but is “in direct line” with Prime Minister Narendra Modi.
Addressing a rally during the Bharat Jodo Yatra, Gandhi said that “BJP and TRS work together” and the Prime Minister “gives orders to your CM on phone”.

“Whenever there’s any bill in Parliament, TRS supports BJP and diverts attention from Opposition issues. BJP and TRS work together. Your CM (KCR) does drama before polls but he’s in direct line with PM Modi. PM Modi gives orders to your CM on phone,” Rahul Gandhi said.

Telangana will face assembly polls next year. A bypoll to the Munugode assembly seat will be held on November 3. TRS has been renamed as Bharat Rashtra Samithi reflecting the party’s desire to have a national footprint.

Congress president Mallikarjun Kharge, in his remarks at the rally, attacked the Centre and Prime Minister Narendra Modi.

“PM Modi is touring Gujarat for the last six days. Polls schedule for Himachal Pradesh is released but the poll schedule for Gujarat isn’t released as PM Modi has to inaugurate many more bridges there like the one that collapsed in Morbi,” he said.

The Election Commission declared the poll schedule for Himachal Pradesh last month.
PM Modi on Tuesday chaired a meeting in Morbi to review the situation in the wake of the unfortunate bridge mishap in which 135 people were killed.

The Prime Minister said that the authorities must stay in touch with the affected families and ensure that they receive all possible help in this tragic hour.
Officials briefed the Prime Minister on the rescue ops and the assistance provided to those affected.

The Prime Minister said the need of the hour is to conduct a detailed and extensive inquiry which will identify all aspects relating to this mishap. He also added that the key learnings from the inquiry must be implemented at the earliest.

Chief Minister Bhupendrabhai Patel and senior officials were present in the meeting.

Earlier, upon reaching Morbi, the Prime Minister visited the site of the bridge mishap. He went to the local hospital where the injured are recovering. He also interacted with those involved in rescue and relief work and lauded their fortitude.