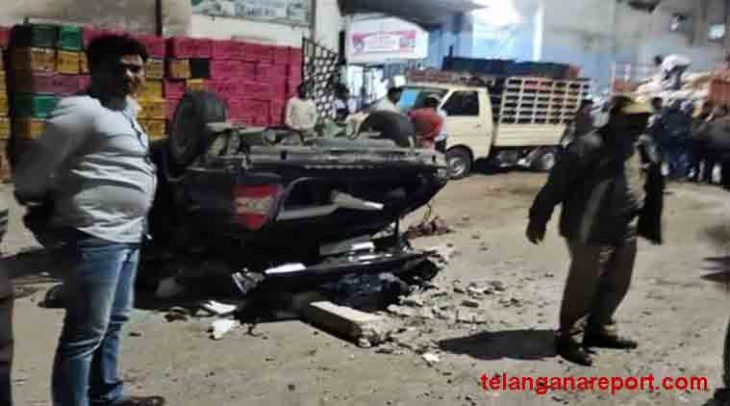 1 dead, 5 injured after car falls off flyover in Hyderabad

Hyderabad (Telangana), Feb 18 : One person died while five others suffered injuries after a speeding car hit a divider and fell off the Bharat Nagar flyover here in the early hours of Tuesday.

“Six people were travelling in the car which was heading to Erragadda from Moosapet. At around 2:50 am on Tuesday the car hit the divider due to overspeeding and fell off the bridge. One person, who was driving the car died on the spot while five others have suffered injuries,” Mohan Reddy, Sub Inspector, Sanatnagar Police Station told ANI.

The injured people have been shifted to Gandhi Hospital here.
A case has been registered under Section 337 of the Indian Penal Code (IPC) (Causing hurt by act endangering life or personal safety of others) and Section 304A IPC (Causing death by negligence) against the driver.