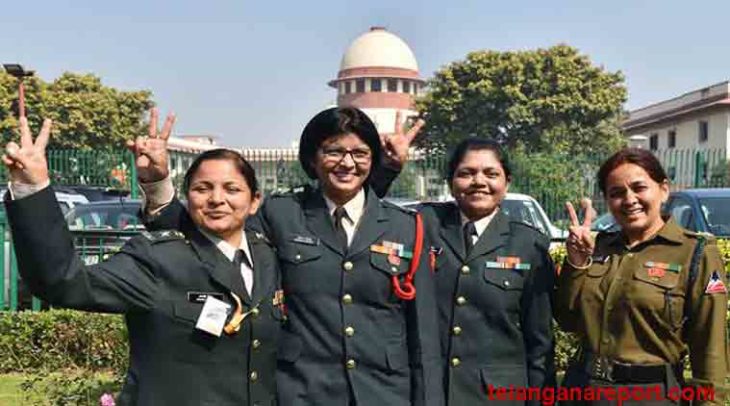 New Delhi, Feb 17 : The Supreme Court on Monday directed the Centre to grant permanent commission to all women officers in the Army within three months and said there will not be any absolute bar on giving them command postings.

A bench headed by Justice D Y Chandrachud rejected the Centre’s argument of physiological limitations and social norms for denying them permanent commission and command postings, saying it is disturbing and against the concept of equality.

The bench said women officers in the past have brought laurels to the country and change of mindset is required on the part of the government to put an end to gender bias in armed forces.

The top court said despite there being no stay on the 2010 Delhi High Court verdict allowing grant of permanent commission to women officers, the Centre showed scant regard in implementing the directive in past one decade.