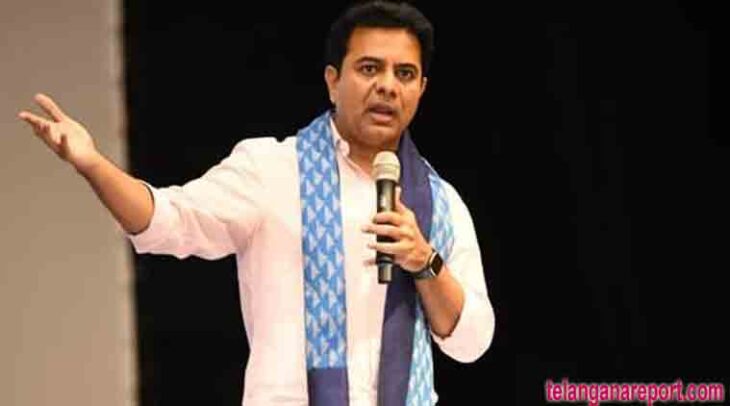 Hyderabad (Telangana), October 7 : The Telangana Minister for IT and Industries KT Rama Rao on Friday took a dig at the BJP-led government saying that Prime Minister Modi is the most incompetent PM of India and uses hunting dogs ED, IT, CBI on opposition parties.

While talking to the media, he said, “PM Modi is the most incompetent PM of independent India and there is no such thing as ‘ache din’ for the country”.

He further slammed PM Modi saying that the PM does not hold any press conference because he doesn’t have the guts to face the media”.

KCR on Wednesday launched the Bharat Rashtra Samiti (BRS), marking his first step toward becoming a national party to counter the BJP in the 2024 Lok Sabha polls.

“People in the BJP party are clean but not in the opposition, BJP uses institutions like ED, IT and CBI and we know that something similar would happen to us as well”, KT Rama Rao added.

He further alleged that the phones of various ministers including him have been tapped using Pegasus and said, “The country has seen the high inflation rate, the unemployment rate is high and the rupee has been at its lowest during the Modi regime”.

KT Rama Rao was quick to hit out at the Congress and said that the opposition party has failed miserably.

“The opposition party has failed miserably, Rahul Gandhi is doing Bharat Jodo Yatra, he should rather focus on Congress Jodo Yatra, Congress party is breaking”, he added.

He further said that while Rahul Gandhi was on his Yatra, 8 MLAs joined BJP, and issues with Gehlot in Rajasthan surfaced.
“Here in Telangana, we have the information that 2 MPs of the Congress party are going to join the BJP party soon”, KT Rama Rao added.