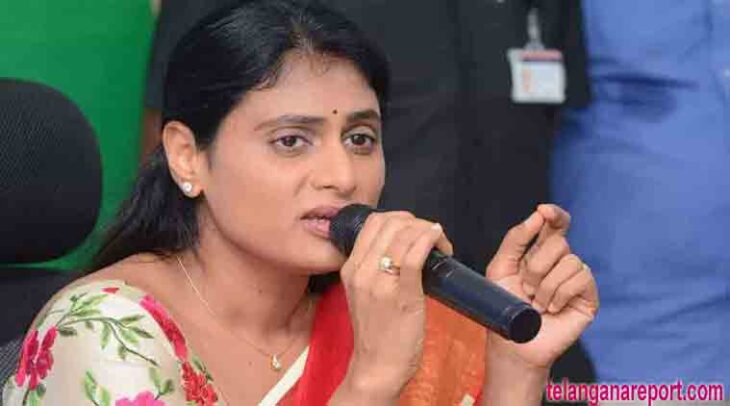 Sharmila alleged that a major part of the money invested in the Rs 80,500-crore project was embezzled.

Addressing a press conference, Sharmila said, “I am here to highlight the biggest scam in India. Kaleshwaram Lift Irrigation Project scam is bigger as it is not just virtual money but also physical money that has cost the exchequer. The tune of money involved is Rs 1.2 Lakh crore.”

She further claimed that the irrigation project was originally the idea of her father YS Rajasekhara Reddy, but has now been mangled.

“Kaleshwaram Project was the brainchild of my father but it has been distorted in every form. Of the Rs 1.2 lakh crore invested in this, around Rs 1 lakh crore came from central financial institutions. We met CBI Director and he assigned a DIG rank officer to look into the corruption: added Sharmila.

In August 2019, Congress MP from Bhongir, Komatireddy Venkat Reddy had written to Prime Minister Narendra Modi alleging a scam of “thousands of crores of rupees” in executing the Kaleshwaram Lift Irrigation Project.
Reddy had demanded a detailed inquiry and urged Prime Minister Modi to stop the work immediately and prevent the misuse of the huge amount pertaining to the Government exchequer. He also requested to order for calling tenders for executing the works with transparency.

In October 2020, the National Green Tribunal held that the environmental clearances granted to the Kaleshwaram lift irrigation project in Telangana were in violation of the law and directed to constitute an expert committee to assess the extent of damage and identify the restoration measures necessary.

B Srinivas Reddy, Director, MEIL had told that Project was engineered to cater irrigation water to 37.08 lakh acres of land; another 18.82 lakh acres of command area was be stabilized with it. The project requires 7,152 MW of electricity to pump 3 TMCs of water daily.

With an estimated cost of Rs 80,500 crore, the KLIP is the costliest irrigation project taken up by a state. It is designed to benefit farmers in the district of Karimnagar, Nizamabad, Warangal, Medak, Nalgonda and Ranga Reddy.