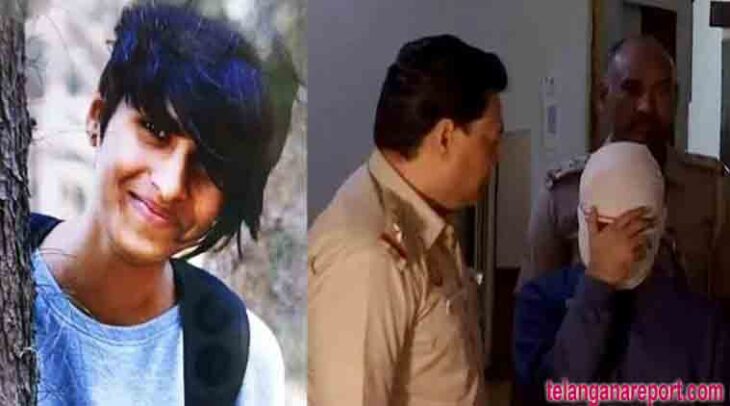 New Delhi, November 15 : In a major development in the Shraddha murder case, Delhi Police is likely to write to the dating app Bumble to seek details of accused Aftab’s profile to find out the details of women who visited him.

Notably, Aftab had met Shraddha on this dating app.

According to the sources, the Delhi Police wants to ascertain if any of the women Aftab dated on the app could be a possible reason behind Shraddha’s alleged murder.

“Delhi Police may write to Bumble to get details of Aftab’s profile to find details of women who visited him in his house when Shraddha’s body was still in the refrigerator. Police are looking at the possibility if any of these women could be a reason behind this killing,” the police sources said.

Bumble’s headquarter is in Texas, USA.

Earlier today, Delhi police, having already recovered around 12 suspected body parts disposed off by Aftab, the accused in the Shraddha murder case, on Sunday, brought him to the jungle area on Tuesday with an aim to recover other body parts, according to police sources.

The samples recovered so far have been sent for examination to ascertain if they are all human remains, according to police sources.

“Around 12 samples recovered of remains suspected to be of a human, have been picked up by forensic experts and sent to confirm if they’re all human remains. They’ll be sent to match with DNA samples of her father,” the sources said on Tuesday.
According to the sources the head is yet to be recovered.
Earlier today, the father of Shraddha Walker, a Maharashtra girl who was allegedly murdered by her live-in partner Aftab in the national capital, on Tuesday demanded a death penalty for the accused while also suspecting a “love jihad” angle behind the incident.

Shraddha’s father, Vikas Walker said, “I suspected a love jihad angle. We demand the death penalty for Aftab. I trust Delhi Police and the probe is moving in the right direction. Shraddha was close to her uncle and didn’t talk to me much. I was never in touch with Aftab. I lodged the first complaint in Mumbai’s Vasai.”

I had spoken to Shraddha last in 2021. I used to take information about her from her friend. She did not talk to me much. I did not know that she had shifted to Delhi. Her friend told me that she is in Delhi. I thought that she was in Bangaluru. Aftab has got a lot of time to finish the evidence.
Delhi Police probe into the Shraddha Walker murder case has revealed that the accused Aftab Poonawalla was a food blogger who used to work at a call centre in the national capital. The police are now investigating if he had rented a flat in Delhi’s Chhatarpur area as part of a conspiracy to kill the victim.

The police investigation has also revealed that the couple had frequent fights.

According to police sources, before shifting to Delhi in 2022, the couple had come into a relationship in 2019. They stayed in Maharashtra for some time but used to visit various places as part of their travel plans.

According to the police, they went to hill stations in March-April. Both of them had travelled to Himachal Pradesh for a few days in May and stayed together where they met a man who lived in Delhi’s Chhatarpur. As per reports, upon shifting to Delhi, they had initially stayed at the flat of the same Man whom they met in Himachal. However, the stay did not change the situation between them.

Later, Aftab rented a flat in Chhatarpur where he shifted with Shraddha. She was reportedly strangled to death on May 18 in the Chhatarpur flat.

The police have come to know that the room was taken on rent a few days before the murder.

“It is also a matter of investigation whether Aftab had already hatched a conspiracy to kill her,” the police sources said.

The accused told the police during interrogation that he used to take the pieces of the dead body to the disposal at 2:00 am due to the little movement of people at this hour.

The police have come to know that the accused Aftab has done his graduation and lived in Mumbai with his family.

“Looking at Aftab’s social media, it is known that he had also done food blogging for some time, although no video had come about his blogging for a long time. His last post came in the month of February, after which there was no activity on the profile. He has more than 28,000 followers on his Instagram,” the sources said.

According to the police, till some time back both Shraddha and Aftab used to work in the call centre.

“It is learned that after the murder, Aftab used to come back home by 6-7 pm and then used to take the pieces of the dead body kept in the fridge there for disposal. The accused used to carry the pieces of the carcass in a black foil but had thrown the pieces out of the foil in the forest, making it difficult to ascertain if the pieces were thrown or the remains were due to animal hunting,” the sources said.

Delhi Police solved a six-month-old blind murder case, and arrested a man for allegedly killing his 28-year-old live-in partner, chopping her body into 35 pieces and disposing of them at different places in and around the national capital.
The accused identified as Aftab Amin Poonawalla (28), a resident of Mumbai, was caught on Saturday on the basis of the deceased’s father’s complaint and has been sent to police remand for five days, the police said on Monday.

Aftab and Shraddha met on a dating site and later moved in together at a rented accommodation in Chhatarpur. Delhi police received a complaint from Shraddha’father and registered an FIR on November 10.

Police said that Aftab, after searching on Google, cleaned blood stained from the floor with some chemicals and disposed of stained clothes. He shifted the body in the bathroom and bought a refrigerator from a nearby shop. Later, he chopped the body into small pieces and put them in the fridge.
Officials said that Shraddha Walker (27) from Mumbai, met the Aftab while working at a call center in Mumbai.

“The two got together via a dating app in Mumbai. They were in a live-in relationship for three years and had shifted to Delhi. Soon after the two shifted to Delhi, Shraddha started pressurizing the man to marry her,” Additional Deputy Commissioner of Police (DCP), South Delhi Ankit Chauhan told.

“The two quarrelled frequently and it used to get out of control. In this particular instance that occurred on May 18, the man lost his temper and strangled her,” said Chouhan.
“The accused told us that he chopped her into pieces and disposed of her parts in nearby areas in the jungle area of Chhatarpur Enclave. He has been arrested and an investigation is going on,” added DCP Chouhan.

Aftab allegedly chopped her body into 35 pieces, bought a refrigerator and kept them in it. He later started disposing of the body pieces at different locations in and around Delhi during night hours for the next 18 days, said sources.
Sources further said, Aftab used to sleep every day in the same room where he had chopped the body after killing Shraddha. He used to see the face after keeping it in the fridge. Aftab had cleaned the fridge after disposing the body parts.

Sources said Aftab had relations with many girls even before Shraddha. Before committing the crime, he also watched many crime movies and web series, including the American crime drama series Dexter.

In September, Shraddha’s friend informed her family that there was no contact with Shradhha for the last two and a half months and her mobile number was also switched off. Her family also checked her social media accounts and found no updates during this period.

During the initial investigation, Shraddha’s last location was found in Delhi, and on the basis of this, the case was transferred to Delhi police.

During the investigation, it was found that Aaftab and Shraddha had come to Delhi and started living in a rented apartment in the Chhatarpur Pahadi area. The police during the course of the investigation, traced Aftab and nabbed him.
Aftab, during questioning, confessed to the crime and said that they fought often as Shraddha was pressurizing him for marriage.

“The accused has been arrested and a case under IPC sections 302 (murder) and 201 (causing disappearance of evidence of an offence committed) has been registered at Mehrauli police station,” officials said.

Police also recovered some bones from Aftab’s rented flat and officials said that the efforts to recover the remaining parts of the body were on.