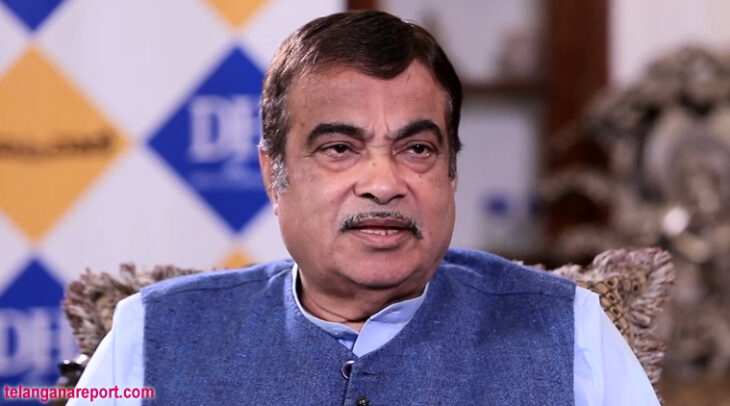 Speaking on the occasion, Gadkari said road transport in the city is important in the development of tourist centers in Aurangabad district, which is a major tourist destination of the state.

The minister said the construction of these national highway projects will accelerate the development of the Aurangabad district along with transportation.

“Improving traffic in the city will help reduce the number of accidents and environmental pollution. The rural areas of the district will be easily accessible to the city,” he added.

Gadkari said in the construction of roads, many ponds have been constructed on the lines of Buldhana pattern and the soil and stones have been used for the construction of roads.
The Union Minister said through this, the soil extracted from the ponds created in Adgaon-Gandheli, Valmi and Nakshatrawadi areas, Teesgaon and Sajapur village areas has got double benefit. “Deepening has made it possible to create ponds in each area.”

Gadkari said this will help in reducing the water crisis by increasing the groundwater level. The construction of such ponds in the district has increased the water capacity to 14 lakh cubic meters till date, he added.