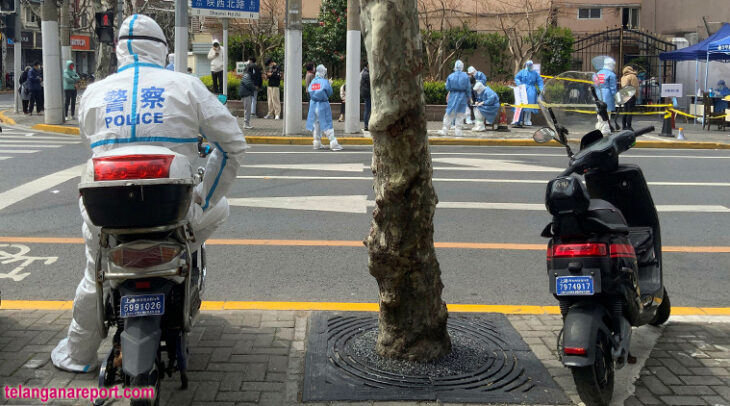 Beijing [China], April 24 : Millions of people in Shanghai, young and old, seem to be united by their rising anger against the Chinese authorities for their high-handed approach to Covid containment.

Amidst China’s zero-Covid policy and the draconian lockdown measures, the people of Shanghai are reeling under extreme starvation which has severely affected the civilians, reported Steven Jiang, the Beijing Bureau Chief of CNN.

Moreover, the government has announced any residential community with a single new positive case to be sealed for an additional 14 days.

According to the authorities, the food shortage has been a largely man-made disaster owing to a lack of planning and coordination. Also, taking advantage of the lockdown, online retailers are charging almost four times the usual amount, found in the market.
Further, despite official pledges, government handouts have been unreliable in many parts of Shanghai with the elderly crowd mostly failing to secure supplies through online bulk purchases, which is the only way to buy anything in the city at the moment, due to their relatively small demand and lack of tech-savviness, reported Steven Jiang, the Beijing Bureau Chief of CNN.

Brutal stories have emerged which show the chaos during the lockdown. People are sneaking outside to deliver food to their neighbours, some are left in hastily-built isolation wards with leaking roofs and overflowing toilets, while parents are restricted to meet their children, and family members are forbidden to pay their last rites to the deceased.
Shanghai residents are also witnessing that Chinese propaganda rulers are ramping up their efforts, portraying Omicron as the most potentially dangerous menace while emphasising that only zero-Covid can save China from the numerous deaths caused by the virus as per Steven Jiang, the Beijing Bureau Chief of CNN.

Officials have made it quite apparent that the Zero-covid policy is approved by Xi Jinping. Later this year, Jinping is assumed to be elected to an almost unprecedented third term, making way for him to reign for his entire life.