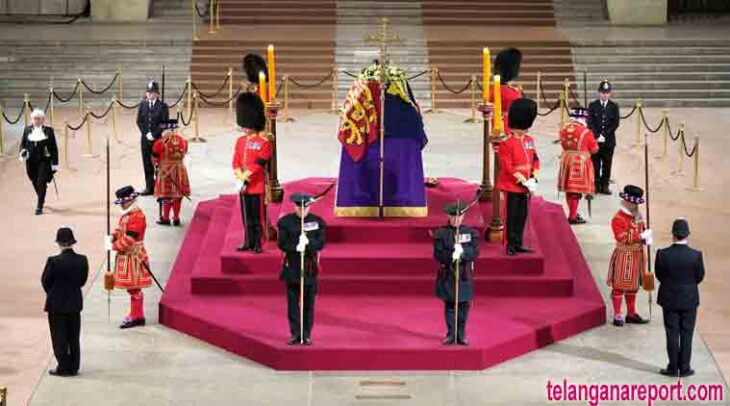 London, Sep 19 : Queen Elizabeth II will be laid to rest on Monday at a historic state funeral in Westminster Abbey, with around 500 world leaders, including President Droupadi Murmu and US President Joe Biden and royals from across the globe joining the solemn ceremony to bid farewell to Britain’s monarch of 70 years.

The Queen, 96, passed away peacefully at her Scottish residence of Balmoral Castle on September 8.

Just after 6.30 am on Monday morning, the last mourners left Westminster Hall as the Queen’s five-day lying-in-state ended. Her coffin will later be transported to Westminster Abbey for the funeral service at 11 am (3:30 IST). The last member of the public to view the Queen’s coffin as it lay in state in Westminster Hall has said it will be “one of the highlights in my life”.