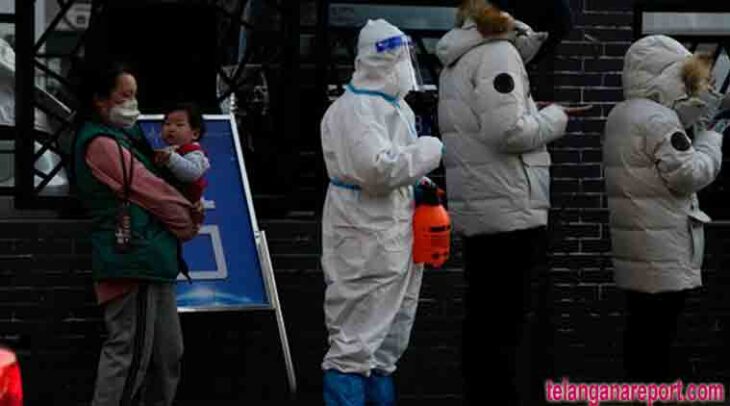 China’s National Health Commission said 39,452 new cases were reported on Monday, including 36,304 local asymptomatic cases. Meanwhile, the protests which broke out in the eastern metropolis of Shanghai during the weekend, have spread to Beijing where hundreds of people converged on Sunday evening near Liangmahe river in the central city. Crowds carrying lighted candles in memory of those killed in the fire at an apartment block reported under COVID-19 lockdown in Urumqi in Xinjiang shouted slogans against the arbitrary lockdowns by the government to curb the spread of the virus and in solidarity with the weekend protests in Shanghai. Several diplomats and foreigners watched the protests as they took place close to the diplomatic residential compound in Beijing. Eyewitness accounts said the protests went on for several hours and the police detained a number of people. Protesters in Shanghai on Saturday and Sunday called on Chinese President Xi Jinping and the ruling Communist Party to step down besides opposing the lockdowns and forcible evictions of people into coronavirus medical shelters. Student protests also broke out at the prestigious Tsinghua University in Beijing and Communication University in Nanjing. Photos and videos posted online showed students holding vigils for the Urumqi fire victims and launching protests at universities in Beijing and Nanjing. In the latest notice, Tsinghua University has informed students that they can go home if they wish ahead of the January spring festival holidays. In recent weeks, protests have erupted in Guangdong, Zhengzhou, Lhasa, the provincial capital of Tibet and other cities, with participants asking for an end to prolonged lockdowns and Covid tests, the Hong Kong-based South China Morning Post reported on Monday. The People’s Daily, the Communist Party’s mouthpiece on Sunday vowed in a front-page commentary to “unwaveringly” stick with the existing controls to curb the spread of Covid-19, which first broke out in the central Chinese city of Wuhan in late 2019 and then became a pandemic. In remarks that appeared to aim at widespread doubts and dissatisfaction, it again touted China’s self-claimed victory in controlling the pandemic so far and called on party cadres at all levels to “resolutely overcome misunderstandings”, slackness and “war weariness”, the Post report said.

According to the latest estimates about 412 million people were affected by lockdown measures in China, up from 340 million the week before, according to the Japanese brokerage firm Nomura.