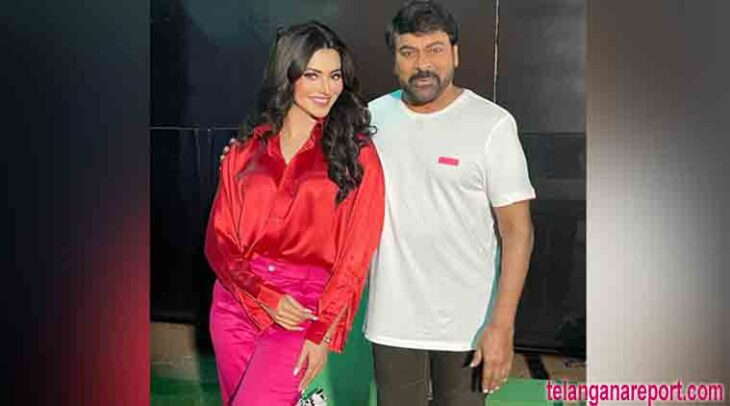 Taking to her Instagram, Urvashi treated fans with a picture featuring a ‘Godfather’ actor. All smiles as Urvashi posed with the megastar.

Sharing the picture, she wrote, “When I win awards, I think of my parents. To me, being the best means proving it in different countries & universe. Grateful Megastar @chiranjeevikonidela garu, #BobbyKolli @mythriofficial #WaltairVeerayya.”

Recently, on the occasion of Diwali, Chiranjeevi announced his next ‘Waltair Veerayya’, which is an action-packed entertainment film.

Meanwhile, on the work front, Chiranjvie was recently seen in ‘Godfather’, which was released on October 5, raised Rs 38 crores worldwide on its opening day, according to trade analyst Ramesh Bala.

The political action thriller is a remake of actor Prithviraj Sukumaran’s 2019 Malayalam directorial ‘Lucifer’, which featured Mohanlal, Vivek Oberoi and Manju Warrier in the lead roles.

Bollywood superstar Salman Khan has appeared in an extended cameo in the film. Nayanthara also stars in the movie, which has been helmed by Mohan Raja.

‘GodFather’ clashed at the box office with Nagarjuna’s The Ghost.

Meanwhile, Urvashi was recently in news for her pictures with cryptic captions cricketer Rishabh Pant.