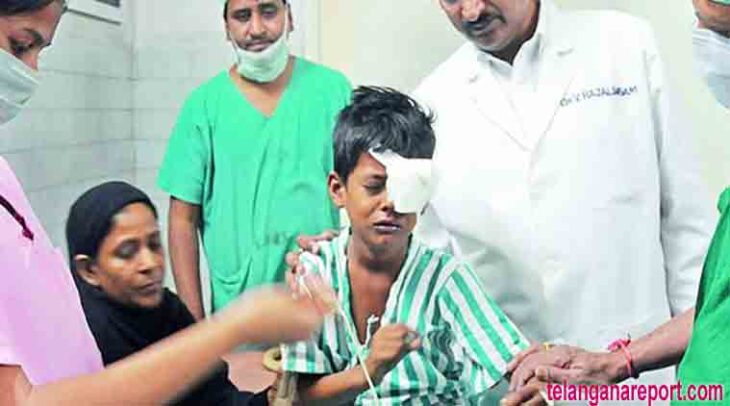 Hyderabad (Telangana), October 25 : 10 people were injured and hospitalized while bursting crackers”>firecrackers on the occasion of Diwali in Hyderabad on Monday.

The injured, including children, are being treated at the state-run Sarojini Devi Eye Hospital in Mehdipatnam.

Civil Surgeon Dr Najabi Begum said, “Yesterday (a day before Diwali) we had three cases. Today we got 10 cases out of which 4 cases were serious. Out of these, a child lost his eye and the other three will have to undergo surgery.”

Telangana State Pollution Control Board (TSPCB) has recently cracked down on the sale of banned crackers”>firecrackers on the occasion of Diwali. Dedicated teams were formed to implement the order of the pollution control board.

Diwali is a festival of lights and one of the major festivals celebrated all over India. This year, Diwali was celebrated on October 24.

Diwali symbolizes the spiritual “victory of light over darkness, good over evil, and knowledge over ignorance.”

According to mythology, on this day Lord Ram returned to his kingdom Ayodhya with his wife Sita and brother Lakshman after defeating Ravan in Lanka and serving 14 years of exile. This festival is also widely associated with Lakshmi, the goddess of prosperity.