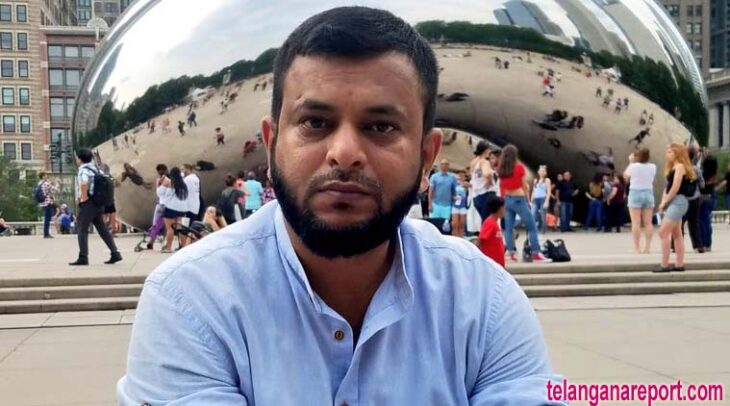 Hyderabad, Dec 22: A 43-year-old man from Hyderabad was shot and injured in Chicago in the United States, family members said on Monday.

Mohammed Mujeebuddin was shot and injured in the early hours of Monday and was admitted to a hospital in very critical condition, his wife said in a letter to Telangana’s IT minister K T Rama Rao.

She said Mujeebuddin’s roommate in the United States informed her of the incident.

“My whole family is in shock and there is no one to take care of my husband. He is asked to ask the Indian Embassy and Consulate in the United States to contact him and provide assistance. medical, ”Mujeebuddin’s wife said. in the letter.

She also asked the minister to ask the US consulate in Hyderabad to grant family members emergency visas to travel to the United States.

Based on the information he received from Mujeebuddin’s roommates from the United States, the MBT chief said, two people drove Mujeebuddin while he was driving and forced him out of the vehicle under threat of a weapon. The duo later stole their money from Mujeebuddin and shot him and fled in the car, Khan said.