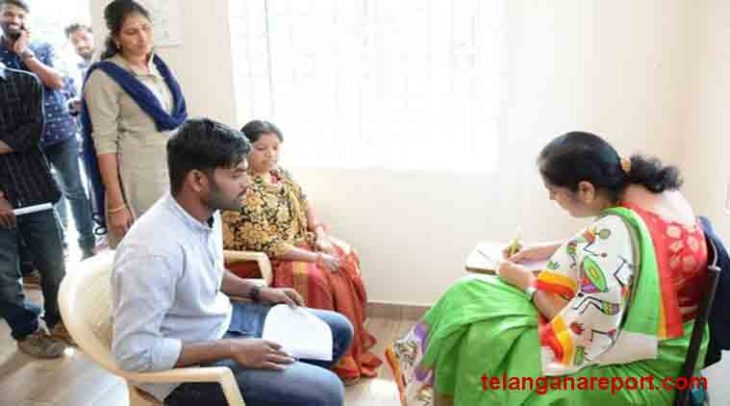 Hyderabad (Telangana), Feb 8 : Rachakonda SHE teams have apprehended 48 eve-teasers within a span of four weeks and also averted a child marriage.

According to Mahesh Bhagwat, CP, Rachakonda Commissionerate, Rachakonda SHE-teams have booked 57 cases (24 FIRs, 26 petty cases and 7 counselling) against eve-teasers in the last four weeks and apprehended 48 respondent eve-teasers, out of which 34 were majors and 14 were minors.

The respondent eve-teasers have attended the counselling session conducted by Rachakonda SHE teams, at the Commissioner Camp office, Nagole, LB Nagar, along with their family members and were counselled by the professional counsellors from the Bhumika Women’s Collective (NGO).

The children in conflict with the law will also be counselled by professional psychiatrist Dr Vasavi to bring change in their behaviour.

On January 28, this year, SHE-team Vanasthalipuram received a complaint pertaining to a child marriage Kammaguda village of Abdullapurmet Mandal. It was found that a 14-year-old girl, who is studying in class 10, at ZPHS school was supposed to be married to a person of 23-year of age.

On receiving this information, SHE team Vanasthalipuram and childline members along with Vanasthalipuram police rushed to the spot and explained problems pertaining to child marriage and counselled the parents of the girl.