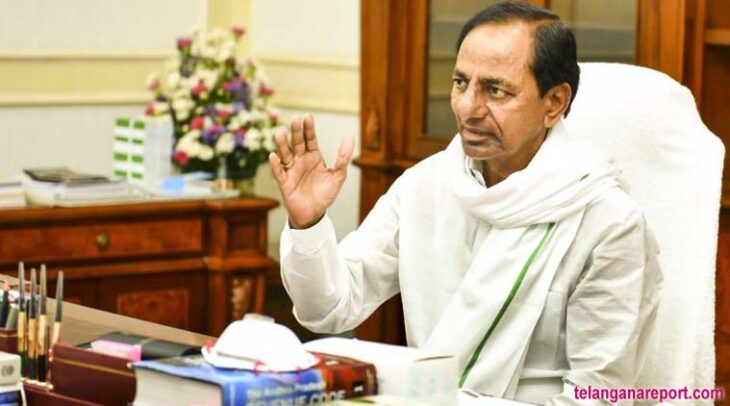 The Centre’s improper policies would reduce output instead of giving a push to it, he claimed.

Rao made the comments during a meeting with state Agriculture Minister S Niranjan Reddy and officials on the preparedness for the coming rainy season crops, according to an official release.

Rao, popularly known as KCR, enquired about the ongoing paddy procurement in the state during the current summer season crop.

The officials told him that procurement has gained momentum. Gunny bags, transport vehicles and others which are required for paddy purchases have been obtained, they said.

While 6,983 procurement centres have been set up across the state, 536 have already been opened. About 1,200 MTs of paddy has already been procured, the officials said.

Observing that agriculture is achieving great progress in the state, Rao said the farm sector would not face drought in future as irrigation projects are being completed expeditiously.

He directed officials to procure seeds and fertilizers in adequate quantity for the ensuing rainy season crop.

Rao said tough action would be taken to check the menace of spurious seeds.

He suggested that special plans be prepared for cultivation of crops which are profitable.

As Russia and Ukraine, who supply raw material for making DAP, are currently engaged in war, Rao said farmers should be made aware that DAP should be used with discipline.

He also asked officials to take steps to see to it that the state government’s flagship Dalit welfare scheme ‘Dalit Bandhu’ reaches the beneficiaries, who have already been identified, with more speed, the release said.

Rao’s criticism of the Centre’s agriculture policies came against the backdrop of the recent row between the state and Central Government over paddy/ rice procurement in the state.

While the state government had demanded that the Centre procure paddy produced in the state during the current summer season crop, the latter said it would purchase raw rice.