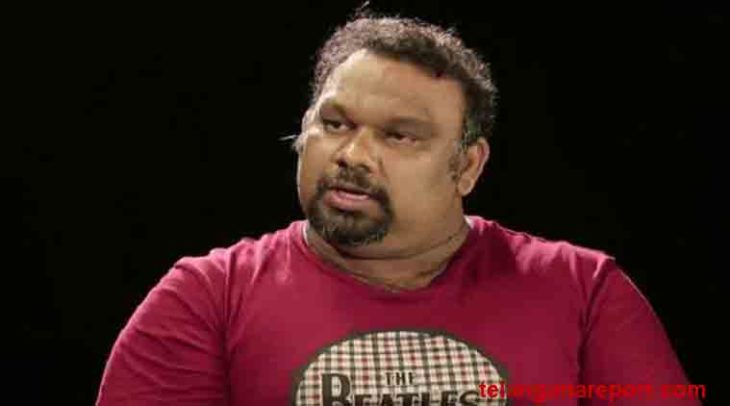 “Today (February 14) film critic Kathi Mahesh came to Imax mall to watch a movie while he was returning four Bajrang Dal activists noticed and attacked him. The police personnel who were on duty immediately intervened and rescued Kathi Mahesh and shifted him to the local police station,” ACP, Saifabad Venu Gopal told ANI on Friday.

The four Bajrang Dal activists were also caught and shifted to the Saifabad police station.

A case has been registered against the four activists and notices have been issued against them, according to the police official.
Further probe is underway.

Telugu film critic Kathi Mahesh had allegedly made derogatory comments against the Hindu gods and religion, for which cases had been registered against him earlier this month.

The case against Kathi was lodged by the Hyderabad cyber crime police on February 9.

A short video of the speech by Kathi had gone viral.

Earlier, Mahesh Kathi was banned from Hyderabad for six months by the Telangana police under the Telangana Prevention of Anti-Social and Hazardous Activities Act, 1980, during a similar controversy.