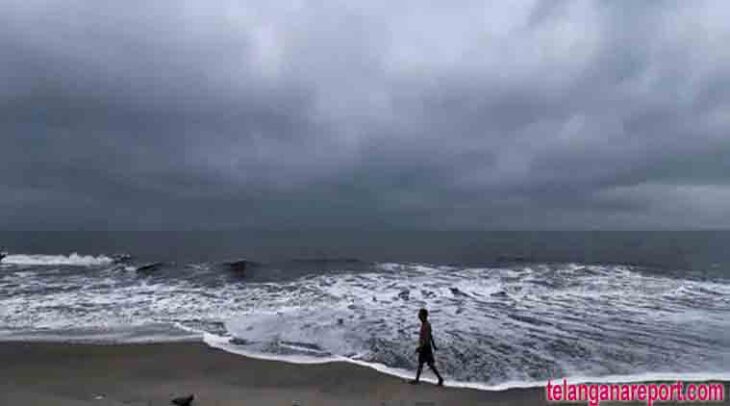 Vishakhapatnam, October 19 : A low-pressure area is likely to form over the southeast & east-central Bay of Bengal during the next two days, officials said on Tuesday.

Director of Vishakhapatnam Cyclone Warning Centre said that Cyclonic Circulation over the South Andaman sea & its neighbourhood now lies over the North Andaman sea. Under its influence, a low-pressure area is likely to form over the southeast & east-central Bay of Bengal during the next 48 hours.

Notably, in view of the possible Cyclonic storms in the Bay of Bengal, the Odisha Government also yesterday asked district collectors to remain alert and closely monitor the situation.

In a review meeting with District administration and concerned departments, Special Relief Commission convey that “According to the Indian Meteorological Department, a low-pressure area is likely to form in the North Andaman Sea and its surrounding areas in the next 48 hours. It is likely to intensify into a Cyclonic-Storm by 22nd October.” Says a statement from the SRC office.

“But the possible path and its intensity of the storm are yet to be predicted, There is a possibility of getting a clear picture on this in the next two or three days.” Added the statement.