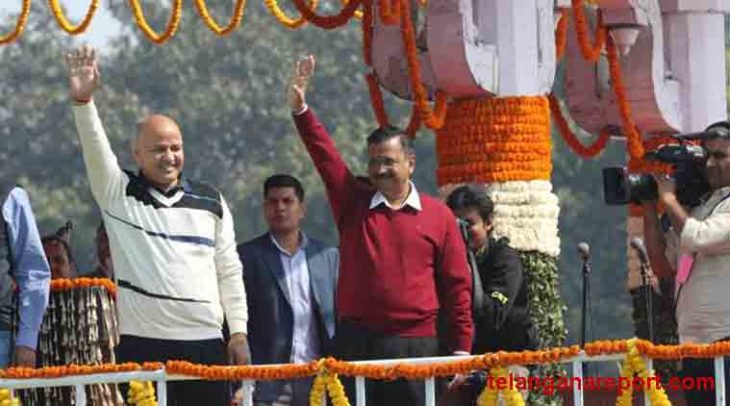 Want to work with Centre for smooth governance of Delhi: Kejriwal

New Delhi, Feb 16 : Arvind Kejriwal, who took oath as Delhi chief minister for the third successive time on Sunday, said he wants to work in coordination with the Centre and also sought Prime Minister Narendra Modi’s blessings for smooth governance of the national capital.

Kejriwal said as the elections are over, the politics is also over and he has “forgiven” his opponents for the remarks they made during the poll campaign.

Referring himself as Delhi’s “son”, he said this is not his victory but of every single Delhiite.

“We want to seek Prime Minister Narendra Modi’s blessing for smooth governance of Delhi,” Kejriwal said in his address at the Ramlila Maidan here after taking oath.

In his earlier tenure, the AAP supremo had several run-ins with the Centre.

“Your son has taken oath for the third time as the Delhi chief minister. This is not my victory but yours,” Kejriwal.

Kejriwal said he did not give step-motherly treatment to anyone and has worked for all in the last five years.