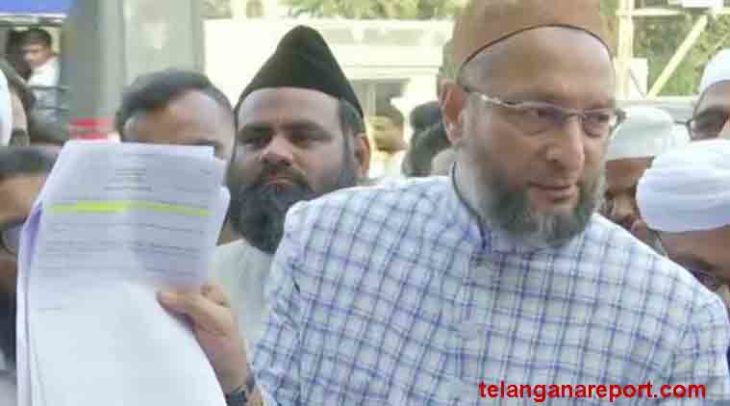 Aurangabad (Maharashtra) [India], May 1 : All India Majlis-E-Ittehadul Muslimeen chief and Lok Sabha MP Asaduddin Owaisi on Saturday rejected the need for Uniform Civil Code in the country amid the call for its implementation by various Bharatiya Janata Party ruled states Chief Ministers.

Countering the argument of the advocates of UCC that the Directive Principle of State Policy enshrined in the Indian Constitution that says “State shall endeavour to secure for the citizens a uniform civil code throughout the territory of India,” Owaisi said, “that it also talks about Prohibition of liquor but nobody can be seen talking about that.”
Owaisi slammed BJP for being silent over a provision of Goa’s common civil code where Hindu man is allowed to marry twice.

“As per Goa civil code, Hindu men have the right of second marriage if wife fails to deliver a male child by the age of 30. BJP has the government in that state too but they are silent over the matter,” he said.

Further, charging an attack on BJP governments, Owaisi said, “Economy is failing, employment is rising, there is a power-coal crisis but they (BJP leaders) are worried about UCC.”

Earlier Uttarakhand Chief Minister Pushkar Singh Dhami and Himachal Pradesh Chief Minister Jai Ram Thakur said that the state government will be examining the implantation of the Uniform Civil Code.
Assam Chief Minister Himanta Biswa Sarma on Saturday also said that the introduction of the legislation is necessary to give justice to all Muslim women.
Notably, in BJP’s 2019 Lok Sabha election manifesto, BJP promised the implementation of UCC if it comes to power.