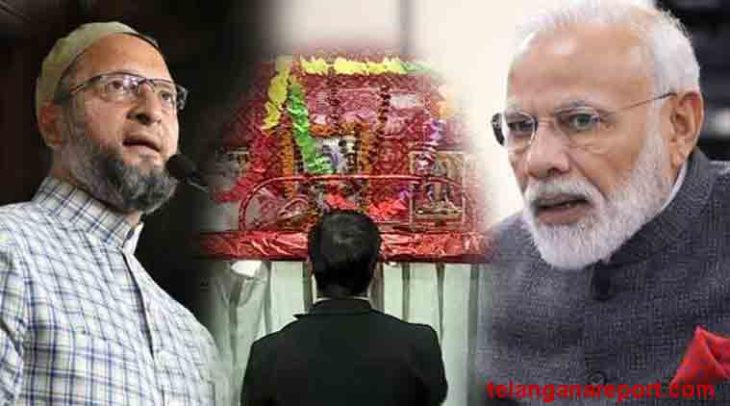 New Delhi [India], Nov 17 : AIMIM chief Asaduddin Owaisi on Monday reminded the Prime Minister’s Office about the Preamble of the Constitution, after a seat of the Kashi Mahakal Express, which was inaugurated by Narendra Modi, was turned into a Shiva temple.

Seat number 64 of coach B5 in the train, that connects three Jyotirlingas in two states, was turned into a mini-temple devoted to Lord Shiva.

Quoting ANI’s tweet on the mini-temple, Owaisi shared a picture of the Indian Constitution’s Preamble and mentioned PMO’s handle.

“We, the people of India, having solemnly resolved to constitute India into a sovereign socialist secular democratic republic and to secure to all its citizens: justice, social, economic and political; liberty of thought, expression, belief, faith and worship; equality of status and of opportunity; and to promote among them all fraternity assuring the dignity of the individual and the unity and integrity of the nation; in our constituent assembly this twenty-sixth day of November 1949, do hereby adopt, enact and give to ourselves this Constitution,” read the photo shared by Owaisi.

The railway authorities have kept pictures dedicated to Lord Shiva on the seat, they are also mulling to keep this seat reserved for the Lord in the days ahead.