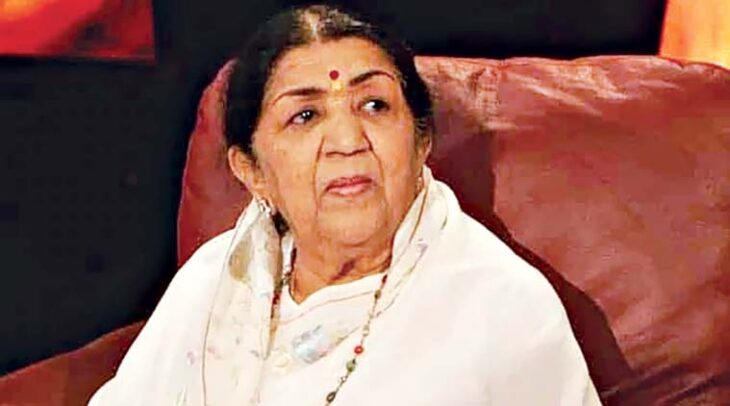 Mumbai, Feb 6 : Singing legend Lata Mangeshkar aged 92, the voice of generations of Indians and one of the country’s biggest musical icons, died on Sunday from multiple organ failure, her sister said. sister Usha Mangeshkar and the doctors treating her.

“She is no more. She died in the morning,” Usha Mangeshkar told.

“Lata di died at 8:12 a.m. due to multiple organ failure after more than 28 days of being diagnosed with COVID-19,” Dr. Pratit Samdani, who treated the veteran singer at the hospital, told reporters. Breach Candy hospital in the city.

The singing legend was admitted to the Intensive Care Unit (ICU) at Breach Candy Hospital in South Mumbai in early January after testing positive for COVID-19 with mild symptoms and also received a diagnosis of pneumonia.

Mangeshkar remained in intensive care for more than two weeks, following signs of marginal improvement in her health, after which the doctors treating her took her off the ventilator on January 28.

However, she was put on a ventilator again as her health began to deteriorate from February 5, after which the team of doctors used aggressive therapy to resuscitate her.

Mangeshkar’s death has plunged the country into mourning, with President Ram Nath Kovind and Prime Minister Narendra Modi leading the tributes in a series of tweets.

“Lata-ji’s passing is heartbreaking for me, as it is for millions around the world. In his vast range of songs, capturing the essence and beauty of India, generations have found expression of their innermost emotions. In Bharat Ratna, Lata-ji’s achievements will remain unmatched,” the president said.

The prime minister said he mourned the legend’s passing with “my fellow Indians”.

“I am distressed beyond words. The kind and caring Lata Didi has left us. She leaves a void in our nation that cannot be filled. Generations to come will remember her as a pillar of culture. Indian, whose melodious voice had an unparalleled ability to hypnotize people,” the prime minister said in a tweet.

“Lata Didi’s songs have brought out a variety of emotions. She has witnessed the transitions of the Indian film world firsthand for decades. Beyond films, she has always been passionate about India’s growth She always wanted to see a strong and developed India,” he said.

Known as the queen of melody, Mangeshkar began her vocal training at the age of five. She started her singing career in 1942 and was credited for singing 25,000 songs in no less than 36 Indian languages ​​including Hindi, Marathi, Tamil, Kannada, Bengali and others over a period. seven decades.

She was also awarded the Bharat Ratna, India’s highest civilian honour, in 2001.