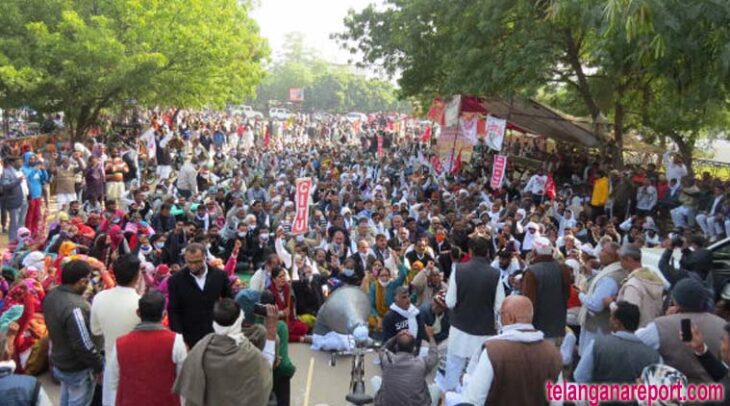 New Delhi, Dec 30 : Thousands of farmers agitating against the three new central agricultural laws have remained at their agitation sites near Delhi, which is going through a harsh winter period, relentlessly in their demand to withdraw the laws.

A cold snap swept through Delhi on Wednesday as the minimum temperature dipped to 3.5 degrees Celsius. It is likely to get even colder on New Year’s Eve, India’s meteorological department predicted, as dry, icy winds swept across the plains.

The Center and protesting farmers’ unions will resume the stalled talks on Wednesday, the latter sticking to their tough stance that talks will only focus on how to repeal the three new farm laws and give a legal guarantee on the MSP among others.

Security remained tight at Delhi’s borders with hundreds of staff deployed to the Singhu, Ghazipur and Tikri border points where farmers were camping

Enacted in September, the three agricultural laws were projected by the central government as major reforms in the agricultural sector that will eliminate middlemen and allow farmers to sell their products all over the country.

However, protesting farmers expressed apprehension that the new laws would pave the way for the elimination of the MSP’s safety cushion and the abolition of the mandi system, leaving them at the mercy of big business.

The government has repeatedly asserted that the MSP and mandi systems will remain and accused the opposition of deceiving farmers.