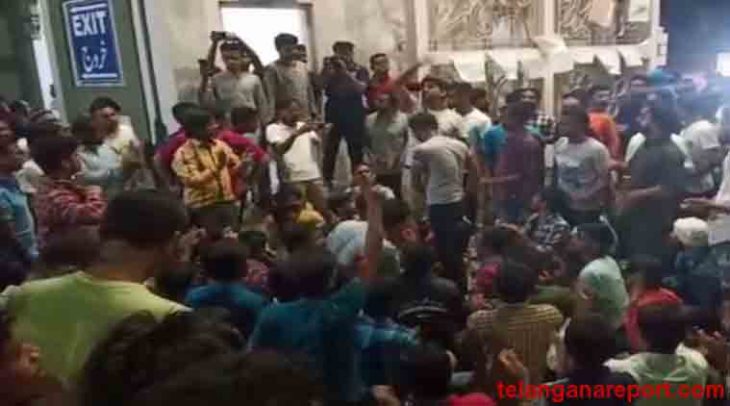 Hyderabad (Telangana) Feb 26 : CPI leaders and other activists who attempted to organise a protest in the vicinity of the American Embassy here to protest against US President Donald Trump’s visit to India were detained and cases registered against them, police said.

According to police, CPI leader Narayana gave a call to organise a protest at Hyderabad USA Embassy against Trump’s visit. Begumpet Police deployed at the embassy stopped CPI leaders and activists half-a-km before the embassy and took them into preventive custody on Tuesday morning.

Three cases have been filed against Narayana and others in Begumpet police station under relevant sections of Indian Penal code (IPC) for blocking roads and obstructing police from performing their duties, police said.