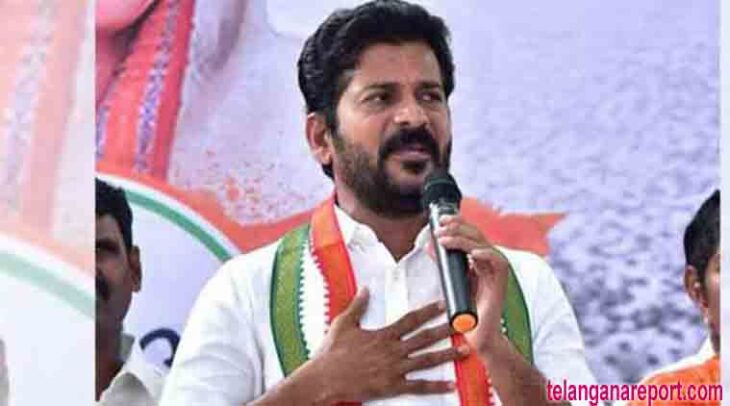 Hyderabad (Telangana), September 7 : Telangana Congress chief Revanth Reddy on Tuesday lauded the Bharat Jodo Yatra being launched by the party and said that it is being organised to “protect the integrity” of the country, and will change its direction.

Reddy also alleged that the ruling BJP government at the Centre is booking “illegal cases” against the Opposition leaders.

“Bharat Jodo Yatra is being organized to protect the integrity of the country. While fighting for our Rights, illegal cases are being booked against us,” he said while speaking to the media.

“The conditions of the British period are now emerging where people are put in prisons. The BJP is attacking the people of the country,” he alleged.

The Congress leader alleged that “hatred” is raining in the country under the BJP rule, while Congress is “ready to fight on behalf of the poor”.

“Yatra will go beyond the interests of politics and elections. That is why fear has started in the BJP. The Yatra is to reassure the people,” he said.

Detailing the arrival of the Yatra in Telangana, the Congress leader said that it will arrive in the state on October 24 and 25.

“Yatra will be covering 15 days in Telangana covering around 350 km. We will pressurise the government to name the new Parliament building after Ambedkar,” he said.

Meanwhile, Rahul Gandhi will start the 3,570 km journey lasting about 150 days from Kanyakumari to Kashmir on Wednesday.

According to the program shared by the party, Rahul Gandhi will attend a prayer meeting at the Rajiv Gandhi Memorial in Sriperumbudur on the morning of September 7, where his father Rajiv Gandhi was assassinated in a bomb blast while he was campaigning for the Lok Sabha polls.

After his visit to the memorial, Gandhi will proceed to Kanyakumari where Tamil Nadu Chief Minister MK Stalin will present him the Tricolour. The Congress leader will address a rally while officially kickstarting the Bharat Jodo Yatra.

Priyanka Gandhi Vadhra, the Congress party’s general secretary, on Tuesday asserted that through the ‘Bharat Jodo Yatra’ people will be united on issues like inflation, and unemployment among other matters of public importance.

“We are starting a positive politics. We want to hear from you, we want to solve your problems. We want to unite our beloved country. Let’s unite India together,” Priyanka said in a Facebook video.

Politics today has turned a blind eye towards people and their issues, she added.