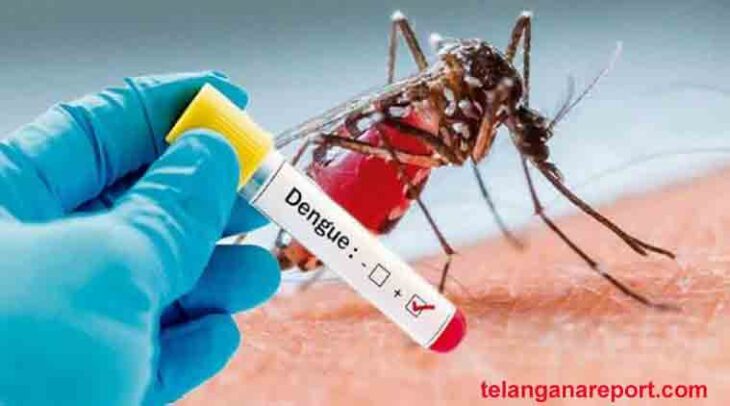 Over 100 dengue cases in Delhi this year, 72 in August

New Delhi, Sep 6 : At least 124 cases of dengue have been reported in the national capital this year, according to a civic report released on Monday.

The number of dengue cases for January 1-September 4 period is also the highest this year since 2018 when the count had stood at 137 in t same duration.

Seventy-two cases were reported in August, according to the report, which is about 58 per cent of the total reported cases.

No cases have been recorded in the first four days of September.

Dengue mosquito larvae breed in clear, standing water, while those of malaria thrive even in dirty water.

Cases of vector-borne diseases are usually reported between July and November, but the period may stretch till mid-December.

According to the civic report issued by the municipal corporations last week, 97 cases of dengue were recorded till August 28 this year.

At least 124 cases have been reported this year till September 4, the report said.

However, no deaths have been reported due to dengue in the city till now, it said.

According to the civic report released on Monday, 57 cases of malaria and 32 cases of chikungunya have also been reported till August 28 this year.

Malaria, dengue and chikungunya are accompanied with high fever and therefore, doctors feel that people might suspect that they have contracted COVID-19.

Civic bodies in Delhi have intensified their measures to prevent outbreak of vector-borne diseases.

Standing Committee Chairman of the North Delhi Municipal Corporation, Jogi Ram Jain recently held a meeting with the officials of the public health department on prevention of dengue, malaria and chikungunya.

Jain had directed officials to conduct awareness campaigns in all areas under the NDMC.

He had also directed them to regularly check for breeding of mosquito larvae in premises of government buildings, schools, offices, community buildings and dispensaries.