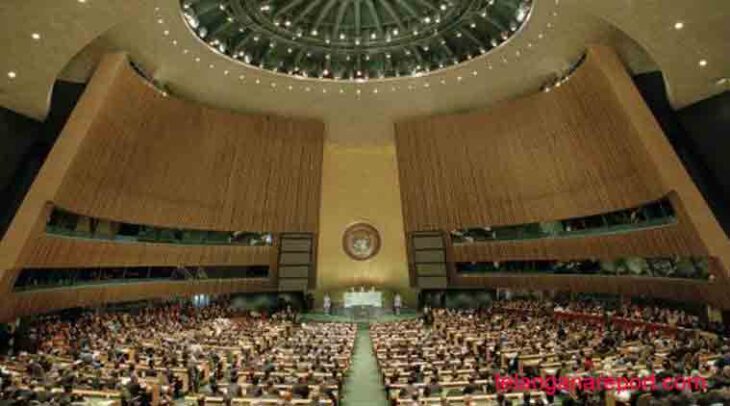 UN yet to agree on common definition of terrorism, craft coherent policy: India

United Nations, Jan 25 : UN member states have failed themselves by continuing to procrastinate on concluding a comprehensive convention against international terrorism, India has said, voicing concern that the global body has neither agreed on a common definition of terrorism nor crafted a well-coordinated policy to tackle the global scourge and dismantle its enabling networks.

Speaking in the UNGA meeting to consider the Report of Secretary-General on the work of the Organisation, Second Secretary in India’s Permanent Mission to the UN Dinesh Setia on Monday said: Our inability to seriously address terrorism, the most dangerous of scourges faced by states and societies since the World War II, casts doubt on the relevance of the organisation for the very people whom the Charter of the United Nations obliges us to protect .

The United Nations has yet to agree on a common definition, let alone craft a coherent well-coordinated policy to tackle terrorism and dismantle its enabling networks. We have failed ourselves by continuing to procrastinate on concluding a comprehensive convention against international terrorism, he said.

India proposed a draft document on the Comprehensive Convention on International Terrorism (CCIT) at the UN in 1986 but it has not been implemented yet as there is no unanimity on the definition of terrorism among the member states.

The Indian diplomat further said that the effectiveness, relevance and longevity of any institution lie in its dynamic character and ability to adapt itself to the changing times.

As long as the key organs of the organisation remain anchored in a governance structure frozen in the past, the crisis of legitimacy and performance will persist, Setia said.

Lamenting that four decades have gone by since the inscription of the item on the reform of the Security Council on the agenda of the General Assembly, he called on member states to strive to ensure that this year is the one that finally delivers some concrete progress with regard to a Security Council and a United Nations that reflect the realities of the contemporary world.

Setia said India shares UN Secretary-General Antonio Guterres’ conviction that a vibrant, credible and effective United Nations is a critical defence against the pressures being faced by the global order.

India welcomed the Secretary-General’s continuing initiative to modernise and reform the Secretariat and make the United Nations fit for purpose, including streamlining the peace and security architecture, achieving gender parity and addressing the financial sustainability of the organisation.

India will continue to support the Secretary-General in the implementation of these initiatives, including through voluntary contributions, as appropriate, he said.

India also lauded Secretary-General’s stewardship of the United Nations response to the COVID-19 pandemic, noting that the catastrophic pandemic is threatening to reverse the gains made in poverty reduction and designing effective strategies to eradicate poverty will continue to remain a persistent challenge for humankind in the decade of action.

Setia said that in the last one year, India has joined the global efforts to mitigate the impact of COVID-19 pandemic.

Prime Minister Narendra Modi’s call for One Earth One Health’ approach underlines the country’s continuing commitment, already evident in the supply of medicines to over 150 countries; and vaccines to many nations in the developing world, he said.

India is gearing up to produce more vaccines for the world and we have pledged to make our production and delivery capacity available for the greater good of humanity, he said, adding that the world cannot afford a vaccine-divide.