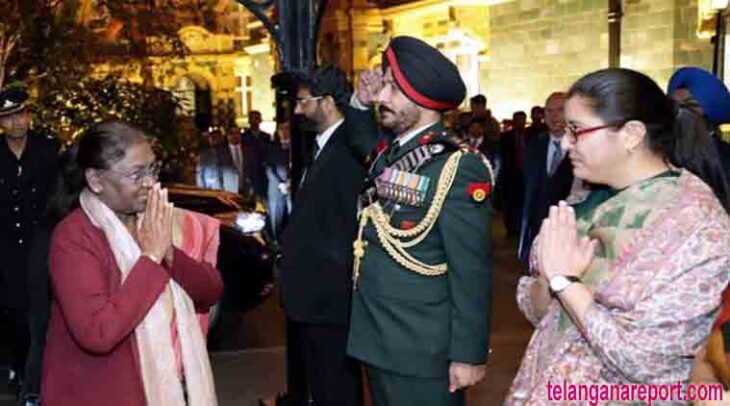 London, Sep 18 : President Droupadi Murmu has arrived here on a three-day visit to attend the state funeral of British Queen Elizabeth II, scheduled at Westminster Abbey on Monday, and to offer condolences on behalf of the Indian government.

The Indian head of state, who arrived on Saturday evening, will join around 500 world leaders, including US President Joe Biden and royals from across the world, in a congregation of around 2,000 expected at the Abbey for a sombre ceremony starting at 11 am local time and concluding with a two-minute silence around the country an hour later.