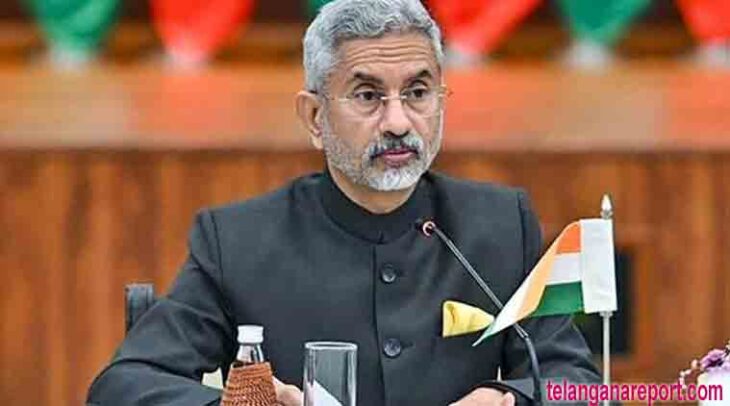 External Affairs Minister S Jaishankar will arrive in New York on Sunday to participate in the high-level 77th session of the UN General Assembly, which kicks off on September 20 with the opening of the General Debate.

Jaishankar will address world leaders from the UNGA podium on September 24, after a packed week of more than 50 official engagements including bilateral, plurilateral and multilateral meetings at the high-level session and on the sidelines.

The General Debate, during which world leaders deliver national statements from the UNGA podium, begins on September 20.

The US is traditionally the second speaker after Brazil on the opening day of the General Debate but since President Joe Biden is attending the funeral of Queen Elizabeth II in London on September 19, he will address world leaders on the second day of the high-level session on September 21.

The session comes after two years of disruption caused by the COVID-19 pandemic.

During the high-level week, the Transforming Education Summit, SDG Moment, and a High-Level Meeting as part of the year-long commemoration of the 30th anniversary of the Declaration on the Rights of Persons Belonging to National or Ethnic, Religious, and Linguistic Minorities will be among the highlights. India’s Permanent Mission to the UN said in a video posted on Twitter that the five S’s – Samman (Respect), Samvad (Dialogue), Sahyog (Cooperation), Shanti (Peace) and Samriddhi (Prosperity) – set out by Prime Minister Narendra Modi will be India’s “guiding light” in its approach to the 77th session of the General Assembly.

It said India will continue to showcase commitments and achievements in women-led development, particularly women’s leadership and political participation at the grassroots level, and attach greater prominence to issues relating to counter-terrorism.

India will engage substantively in matters relating to peacekeeping as a major troop-contributing country, reformed multilateralism, commitment to climate action and sustain equitable, affordable access to vaccines and strengthen engagement with fellow developing countries through the India-UN Development Partnership Fund and IBSA (India, Brazil and South Africa) Fund in the spirit of South-South cooperation.

“India’s priorities during the 77th UNGA will also be guided by its core foreign policy objectives, including supporting and enhancing overall domestic socio-economic growth and strengthening security in its immediate neighborhood, and leading collective global action, in line with the vision” of Modi, the video said.

Jaishankar’s US visit from September 18-28 will also include a trip to Washington DC after the UNGA session. While in New York, he will meet with UN Secretary-General Antonio Guterres and President of the 77th UNGA Session Csaba Korosi.

The Ministry of External Affairs said in a statement that in keeping with India’s strong commitment to reformed multilateralism, Jaishankar will be hosting a Ministerial meeting of the G4 (India, Brazil, Japan, Germany), as well as participate at the High-Level Meeting of the L.69 Group on “Reinvigorating Multilateralism and Achieving Comprehensive Reform of the UN Security Council”.

During the visit, he would also participate in plurilateral meetings of the Quad, IBSA, BRICS, India – Presidency Pro Tempore CELAC, India-CARICOM and other trilateral formats, such as India-France-Australia, India-France-UAE and India-Indonesia-Australia. He will also have bilateral meetings with Foreign Ministers of the G20 and UNSC member states, amongst others.

The BRICS (Brazil-Russia-India-China-South Africa) has emerged as a key grouping.

Commemorating and showcasing ‘Azadi Ka Amrit Mahotsav’, he would address a special event “India@75: Showcasing India UN Partnership in Action” on September 24, which would highlight India’s development journey and its contributions to South-South Cooperation.

The event is expected to be addressed by the President of the 77th UNGA, along with Foreign Ministers of several member states, and UNDP Administrator Achim Steiner.

In Washington DC from September 25-28 for bilateral meetings with US interlocutors, Jaishankar will hold discussions with his counterpart Secretary of State Antony Blinken; senior members of the US Administration, US business leaders, a round-table focused on S&T (Science & Technology ) and interaction with the Indian Diaspora.

The “visit would enable a high-level review of the multifaceted bilateral agenda and strengthen cooperation on regional and global issues to further consolidate the India-US strategic partnership.” India’s current two-year tenure at the UN Security Council ends in December this year, when India will be President of the Council.