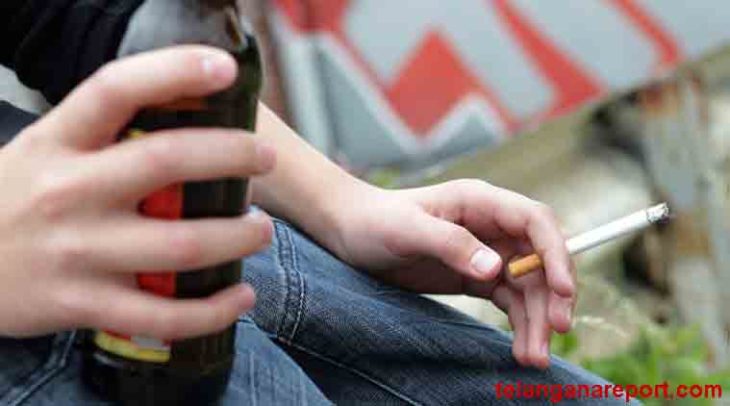 Washington D.C. [USA], Mar 3 : According to a recent study, the average age at which teens and young adults start consuming drugs is rising.

The study which was published in the journal JAMA Pediatrics examined changes in the average age of first drug use for 18 different drugs — including alcohol and tobacco products — between 2004 and 2017 and found that average ages had increased for the majority of those drugs.

For example, the study showed that the average age at which young people first consumed alcohol or smoked cigarettes rose from 16 in 2004 to 17 in 2017.

Those who reported using heroin or cocaine for the first time had an average age of just over 17 in 2004, which had risen to about 18 for heroin and close to 19 for cocaine by 2017.

“This is great news because delaying drug use prevents early exposure, which is associated with a variety of negative health consequences, including increased risk of drug use disorder and long-term impairments such as depression, neurocognitive deficits, involvement in risky behaviours, and sexually transmitted diseases,” said lead researcher Karl Alcover.

In the study, the researchers used publicly available data collected as part of the National Survey on Drug Use and Health, an annual survey that looks at drug use in a representative sample of US residents aged 12 and older.

The researchers included data on 84,317 respondents between the ages of 12 and 21 who were surveyed between 2004 and 2017 and had reported first-time drug use in the previous 12 months.
The researchers analyzed the data to estimate the average age at first-time use for 18 internationally regulated drugs for each year included in the study.

Looking at year-to-year trends, they found that the average age at first use had increased for 12 out of 18 drugs, including alcohol, cocaine, ecstasy, hallucinogens, heroin, inhalants, LSD, marijuana, stimulants, and tobacco products such as cigars, cigarettes and smokeless tobacco.
For the other six drugs — crack cocaine, methamphetamines, opioids, PCP, sedatives, and tranquillizers–they found no statistically significant changes in the age at first use.

Increases were relatively consistent from year to year for all but two drugs: alcohol and LSD. In 2004, the average age at which young people first consumed alcohol was approximately 16 years.

It increased consistently through 2014, after which it levelled off at about age 17 in 2017. The average age of first use of LSD increased significantly through 2014 and subsequently declined, but still showed an overall increase over the entire timeframe studied.

These findings suggest that trends toward starting to use at a later age may have already ended for those two drugs, Alcover said.

The earliest average age of first drug use across the study timeframe was 15.4 for inhalants, whereas the latest average age was 18.0 for cocaine and crack cocaine.

“Our study shows that since 2004 fewer individuals started using drugs at age 15 and younger, which is what we would typically consider as early-onset drug use,” Alcover said.
“These promising trends may serve as early evidence that prevention strategies–especially those focused on teens and young adults–are working,” Alcover added.

Alcover said the next step is to investigate what drives the trends seen in this study. The success of prevention efforts is one possible explanation, but it could also be that young people’s preferences have switched to new drugs such as e-cigarettes, which were not included in the survey data.

He also noted that further research should be done to understand why some drugs did not show an increase in average age, which could help improve prevention strategies for those drugs.
“Prevention of drug use is the best approach to reducing drug-related burden in the population,” Alcover said.