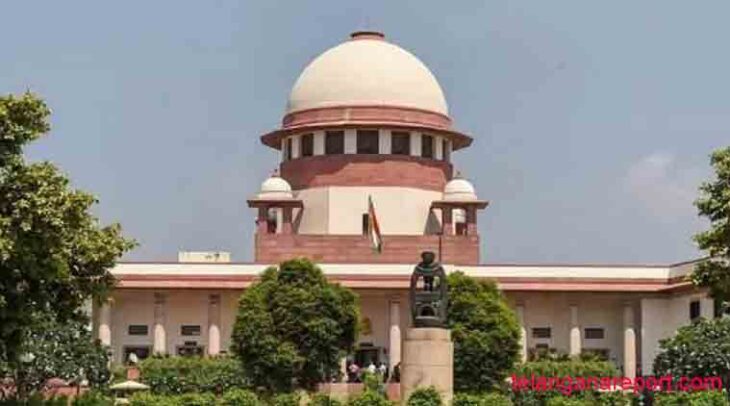 New Delhi, Jan 25 : The Supreme Court Tuesday voiced concern over degradation in the quality of legal education in the country and said that

improvements are needed in the system at the entry-level.

The top court was hearing an appeal filed by the Bar Council of India against a Gujarat high court order which allowed a single mother to enroll as an advocate without resigning from her job.

“I want to also mention something on the responsibility of the BCI to hold proper exams and make recommendations on how to improve the system at entry-level. Make some suggestions ” said Justice S K Kaul, who was heading the bench.

“We have a situation where anti-social elements go and get law degrees. In Andhra Pradesh and Karnataka law courses are taking place in cowsheds. You have to make introspections. The Principals from Andhra Pradesh will come and stay in Chennai; he will receive money and collect applications. After 3 years a degree will be given. This is completely diluting the quality A person without attending classes gets a law degree More stringent checks on law schools and more serious criteria of entry are important,” the bench observed.

As the hearing commenced, senior advocate K V Vishwanathan, appointed as amicus curiae, submitted that a mechanism can be evolved where employed persons are not enrolled and given the certificate at the outset.

“They can put on a register that qualifies them to write the exam and thereafter give them enrollment,” he said.

The bench, also comprising Justice M M Sundresh, however, said it may not be proper to allow enrollment when a person is still employed.

The judge said, “prima facie, we find it difficult to accept that somebody can ride both the boats together.”

“Suppose somebody is enrolled and wants to go out of the profession at some stage. They do not tend to surrender their enrollment certificate, which is something that the Bar Council should also regulate… In Tamil Nadu, I know, almost one-third of bar people were not in the profession This is a dichotomy that we have to reconcile,” Justice Sundresh observed.

The counsel for the BCI opposed the submissions of the amicus and said that such suggestions go beyond the scope of the present issue.

The apex court, however, said that when the bar body asserts its rights, it should also take stock of its shortcomings.

The bench said that mushrooming of law schools and the quality of education imparted is one of the major problems.

“The problem starts at the law schools The rigour of your bar exam must test knowledge,” the bench said, adding that there are many instances where people get their law degrees without attending classes.