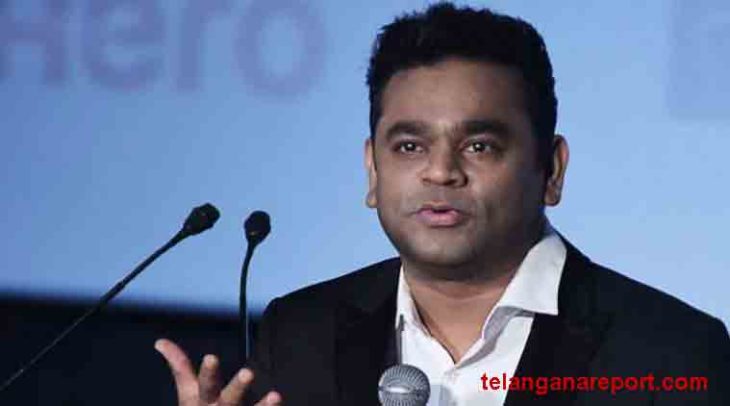 There’s divisive politics happening, but we are wired for unity: AR Rahman

Mumbai, Feb 11 : Academy Award-winning composer A R Rahman says the term “oneness” can make people question its existence in today’s cynical world, which is rife with divisive politics and mentality.

Rahman and musical artiste Ameya Dabli are set to perform at the ‘”Ekam Satt Unity Concert: The 50th Symphony”.

When asked how he views the “unity” concert, Rahman told PTI, “It’s going in the right direction and even though in today’s cynical world, when you say ‘oneness’ people ask, ‘What oneness are you talking about?’ because there’s so much of divisive politics happening, there’s so much divisive mentality.

“But ultimately as human beings, we are hardwired for unity, we find peace in unity, in sharing hopes, knowledge and in that context, this seems to be an amazing idea,” he added.

When asked whether it was important for artistes to speak about love and unity at a time of divisive politics, the musician said it was better for people to discover the truth on their own.

“Take school children for example. If you tell them anything, they will tell you, “You have already told me twice. You don’t have to tell me again.” (So), it’s better for people to find truth themselves. That’s the best thing.

“I think there’s the birth of a new world that’s coming in, which is going to be beautiful. And birth, always, has pain. I feel that’s where we are moving right now.”

The show, to be held on February 29, will see Rahman play his Sufi ensemble renditions and Dabli will present his music with unique instrumentation exclusively arranged with music composer Ranjit Barot.

Rahman said a Sufi performance is more like “meditation” and he has been doing it since the ’90s with songs like ‘Piya Haji Ali’, ‘Khwaja Mere Khwaja’, ‘Kun Faya Kun’ and ‘Maula’ from “Delhi 6”.

“Even though these are just songs, for me it was therapeutic composing them and there’s a lot of attention and heart from the writers like Prasoon Joshi, Shaukat Ali and Irshad Kamil…

“They all come from very good intentions and that’s the reason they outlived the movies. Some of the stuff is intertwined with Indian Classical music. I like going back to them and playing some masterpieces.”

Rahman said only a spiritually-minded person can come up with music that is healing.

“If you have a cook, who has dirty hands, you will fall sick! Same goes for music. When you are composing, you are giving something to millions of people or even 10 people, it is a process of meditation and service. That’s what I have been taught and I have been trying to do.”

Personally, the composer said, the process of creating music has healed him.

“The selflessness that comes in and there’s a certain quality of music, which makes you feel redeemed that you are not bothered about the results. The process in itself is so beautiful.

“Take so many classical singers, their ‘ragas’ elevate them as well as satisfy them. Satisfaction is a rare thing. No matter how much money you have, you are never satisfied but I think, music has that quality. When you are creating it or singing it, you feel satisfied.”

The concert will take place at Jio Gardens, Mumbai.