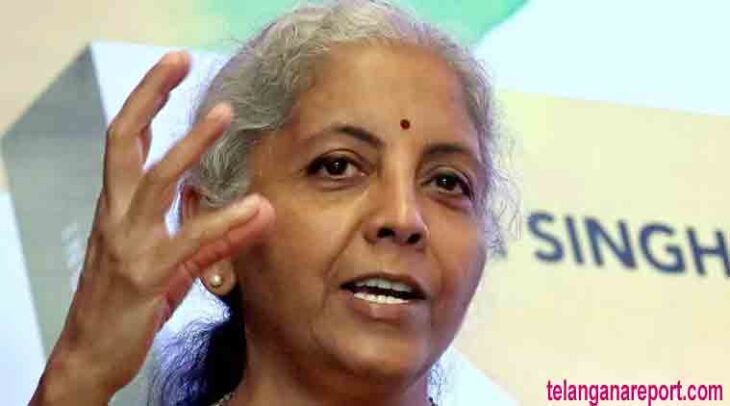 Washington, Oct 16 : India is aiming at developing standard operating procedures for cryptocurrency during its G20 presidency next year, Finance Minister Nirmala Sitharaman has said, underlining that all countries want the technology to survive but not be misutilised.

That (crypto) will also be part of India’s thing (agenda during G-20 presidency), Sitharaman told a group of Indian reporters on Saturday before concluding her trip to Washington DC to attend the annual meetings of the International Monetary Fund and the World Bank.

India will assume the Presidency of the G20 for one year from December 1, 2022 to November 30, 2023. Under its Presidency, India is expected to host over 200 G20 meetings across the country, beginning December 2022.

Sitharaman has been making a strong case for global regulation of cryptocurrencies to tackle the risks on money laundering and terror funding.

Noting that institutions, which are associated with the G-20 or the World Bank or any such organisation, are doing their own assessment and studies of matters related to cryptocurrencies or crypto assets, the minister said, We would definitely want to collate all this and do a bit of study and then bring it on to the table of the G-20 so that members can discuss it and hopefully arrive at a framework or SOP, so that globally, countries can have a technology driven regulatory framework.”

The G20 is an intergovernmental forum comprising 19 countries and the European Union. It works to address major issues related to the global economy, such as international financial stability, climate change mitigation, and sustainable development.

Sitharaman underlined that no one single country can effectively handle or regulate crypto in any form.

But if it is a question of platforms, trading on assets which have been created, buying and selling making profits and more importantly in all these are countries in a position to understand the money trade, are we in a position to establish for what purpose it’s being used? Sitharaman asked.

She gave the example of the Enforcement Directorate (ED) detecting substantial money laundering, probably cases related to crypto assets and trading of assets, recently in India.

This concern has been actually acknowledged by several members of the G20 saying yes money trail, yes money laundering, yes drug misuse, and so on. There is an understanding that we need to have some kind of regulation, and that all the countries will have to be true together on it, no one country is going to be able to singularly handle it. So on that we will certainly have something, Sitharaman said.

In July, Sitharaman said the Reserve Bank of India (RBI) has expressed concerns over cryptocurrencies, saying that they should be prohibited as they can have a destabilising effect on the monetary and fiscal stability.

“In view of the concerns expressed by the RBI on the destabilising effect of cryptocurrencies on the monetary and fiscal stability of a country, the RBI has recommended framing of legislation on this sector. The RBI is of the view that cryptocurrencies should be prohibited,” she said in a written reply to the Lok Sabha.

The RBI has mentioned that cryptocurrencies are not a currency because every modern currency needs to be issued by the central bank or the government, she told Parliament.