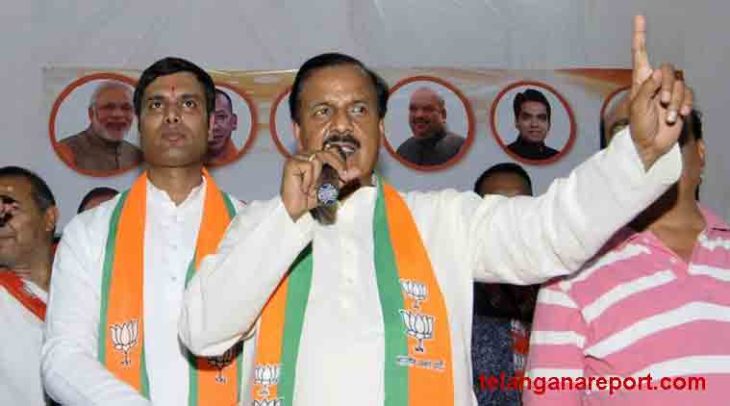 Hyderabad (Telangana), Jan 17 : Lambasting the opposition parties, BJP leader Mahesh Sharma on Thursday said those who are opposing the amended citizenship law are enemies of the country.

Addressing media here, Sharma said, “The CAA is meant to provide citizenship to Hindu minorities of three Islamic neighbouring countries, who faced religious persecution and living in India as illegal migrants. Those who are opposing CAA are enemies of the country.”

Alleging that a confusion had been created among people by Congress and other opposition parties over the CAA, the former Union Minister said, “The Opposition should play a constructive role rather than destructive. Those opposing CAA are not well-wishers of the country and they want to create hurdles in the way of development of the country.”

On being asked about the slogan of “Azadi” raised by some protestors carrying tricolor, he said: “Had they not given freedom (Azadi) they would not have carried the national flag in their hands and raised such demand in the country.”
BJP MP questioned how Congress and opposition parties could oppose a law that was passed by the Parliament. He said CAA is not a new law as even former Prime Ministers Jawaharlal Nehru and Manmohan Singh had stood in favor of providing citizenship to persecuted Hindus of Pakistan, Afghanistan and Bangladesh.

Cornering Hyderabad MP and AIMIM president Asaduddin Owaisi over massive rallies and protest against CAA, he said: “Owaisi is trying to prove himself as “messiah of Muslims” and trying to mislead them.