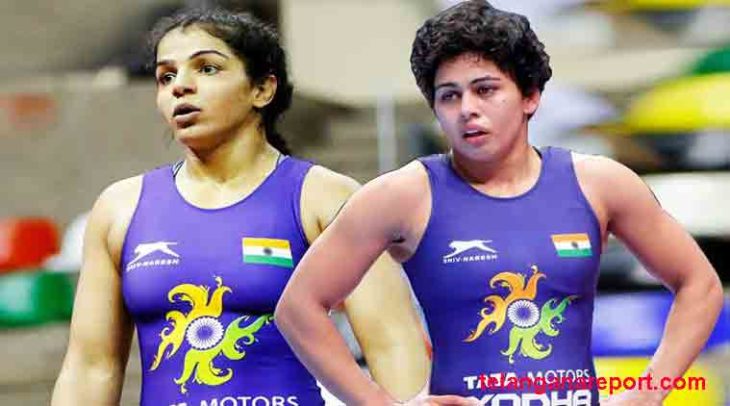 Pitted against heavyweights in their respective first round, both Sonam and Anshu cared little for reputations, fighting fearlessly.

Sonam was trailing 4-6 in the second period but produced a sensational four-point throw with just three seconds left in the bout to make it 10-10 and win on criteria of scoring the last point.

She then defeated Radhika 4-1 in the final to seal her spot in the Indian team in the 62kg category.

Hailing from a small village Madina in Haryana’s Sonepat, Sonam is coached by Ajmer Malik in Gohana.

Anshu, who trains with Jagdeesh, downed Pooja and then Mansi in the final of the 57kg.

There were no surprises in other categories with Vinesh Phogat (53kg) and Divya Kakran (68kg) easily winning in their respective bouts.

Nirmala Devi (50kg) and Kiran Godara (76kg) were other wrestlers to win the trials.

The winners will compete at the first ranking series of the event in Rome (January 15-18) followed by Asian Championships in New Delhi (February 18-23) and if they can win medals at these two events, they will represent India at the Asian Olympic qualifiers, to be held in Xian from March 27 to 29.