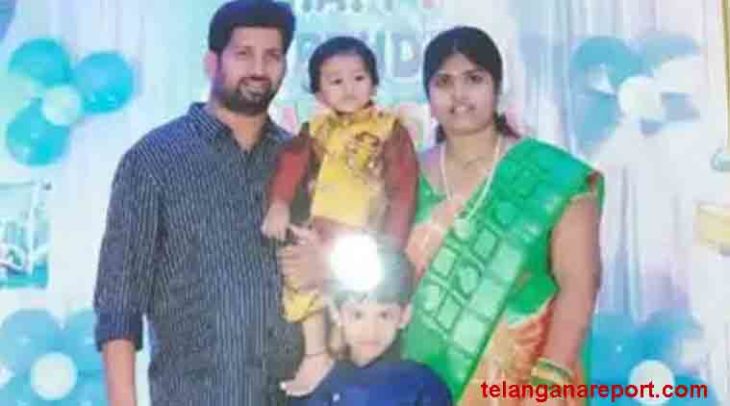 employee allegedly committed suicide here after “killing” his wife and two sons including, a toddler, reportedly over mounting debts, police said on Monday.

The man, who had taken loans to the tune of several lakhs of rupees, had given food laced with poison to his 28- year-old wife and two sons-aged six and 18-month-old on Saturday and later committed suicide by consuming it himself, police added.

As there was no response to their phone calls since Saturday, the man’s brother-in-law went to their house in Hasthinapuram in the city on Monday and found the door closed and grew suspicious after not getting any response and informed the police.

With the help of police personnel and neighbours, the door was broken open and the decomposed bodies of the man and his elder son in one room while the bodies of his wife and younger son were found on the bed in another room, police said.

A suicide note purportedly written by the man and addressed to his father was found in the room.

In the letter, he had regretted that he was not able to take care of his father and he had taken some “hasty decisions” in order to clear his home loan.

“I don’t want anyone to come and question me on loans.

I have not slept for many days…I am scared. I don’t want my wife and children to be a burden on you and hence I am taking them also with me,” the man wrote in the letter.

Based on a complaint from the relatives, police registered a case under IPC section 302 (murder) and 174 (police to inquire and report onsuicideetc)of CrPC and a probe is on.