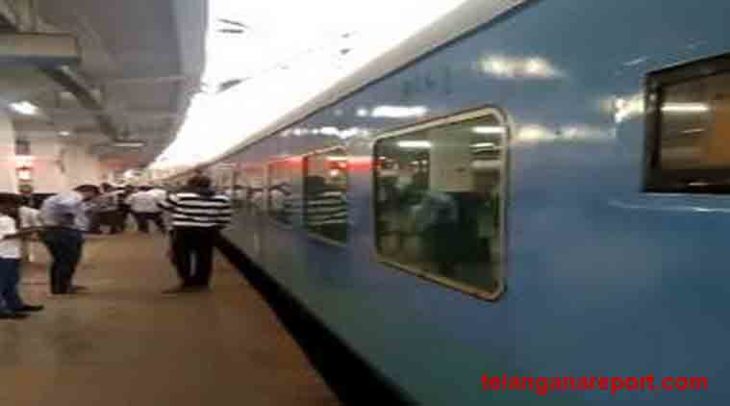 Hyderabad (Telangana), Feb 6 : A call regarding the bomb in Vijayawada-Secunderabad Intercity Express train was received by the railway authority in Hyderabad on Thursday, which turned out to be a hoax one, said Superintendent of Police, Railway Protection Force (RPF), Anuradha.

Soon after the call was received, RPF, local police and bomb disposal squad conducted a thorough checking of the train but did not find anything.
Anuradha told ANI: “Today early morning, a bomb threat call was received by the railway authority stating there was a bomb planted in Vijayawada-Secunderabad Intercity Express.”

“Acting on the information immediately, RPF, railway authorities, local police, and bomb disposal squad thoroughly checked the train and found nothing. The threat call received found to be a hoax one,” she added.

A case under relevant sections of IPC has been registered by the Railway Police. Further investigation is on.