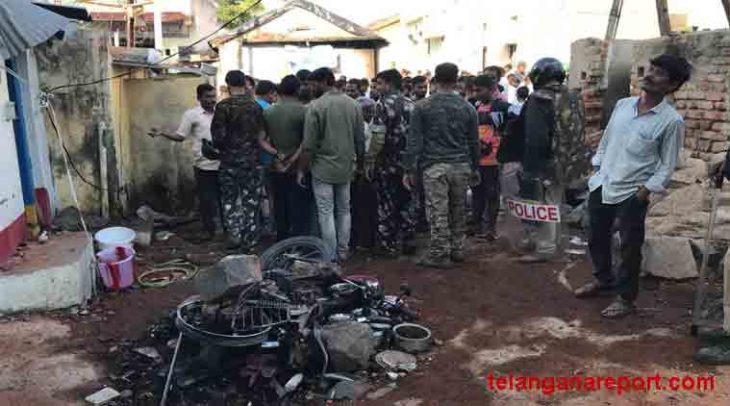 11 injured in clash between two communities in Telangana

Hyderabad, Jan 13 : As many as 11 people including three police officials were injured in stone-pelting during a clash between two groups in Bhainsa town of Nirmal district, police said on Monday.

Police imposed Section 144 Criminal Procedure Code (CrPC) and brought the situation under control after members of two communities indulged in arguments, followed by assault, stone-pelting and arson over a petty matter of some people riding bikes by removing silencers late on Sunday night, they said.

The clash that broke out over a petty matter as some people were questioned by members of another community while they were making noise by removing silencers from their bikes.

The fight turned violent with members of the two communities setting some vehicles on fire besides indulging in minor incidents of damaging houses also after pelting stones, police said.

“A total of 11 people were injured in the incident including three police officials and out of them 10 were given treatment as out-patient and discharged. The situation is under control…police patrolling and watch has been kept on the situation,” a senior police official told PTI.

Additional police personnel were mobilised from adjoining districts and deployed, the official said adding those involved in the clashes were being identified and legal action will be initiated against those responsible for the violence.

The three police officials including District Superintendent of Police C Shashidhar Raju (who suffered bleeding injuries on his fingers) sustained injuries during the stone pelting while dispersing the clashing groups, the official added.