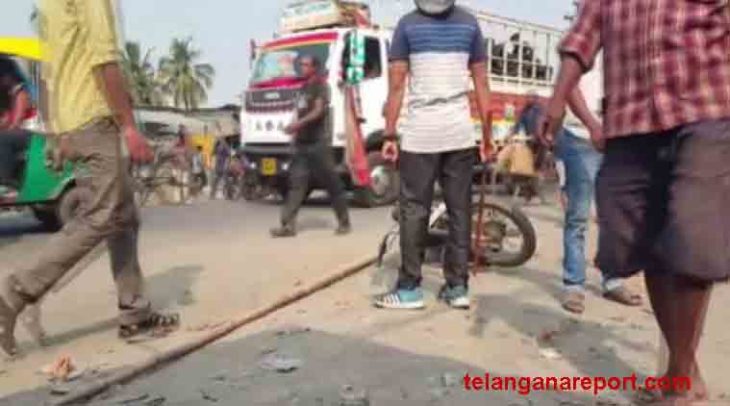 Clashes break out between villagers and police in Amaravati

Amaravati (Andhra Pradesh), Jan 10 : A tense situation prevailed in the Amaravati region on Friday after clashes broke out between the police and villagers in Tulluru village.

The women from the area had planned a march from Uddandrayuni Palem village to Goddess Kanakadurga’s temple in Vijayawada.

The police said that no permission had been given for a march to the villagers, which is why they had blocked the roads.

The police also said that they had detained some people who were trying to move towards the shrine despite restrictions.

The women were angry at the police as they have were stopped from paying offerings to the Goddess at the temple to celebrate Arudra Darisanam.

Section 144 has been imposed at Uddandarayani Palem village and police has been deployed in large numbers to prevent any untoward incident.