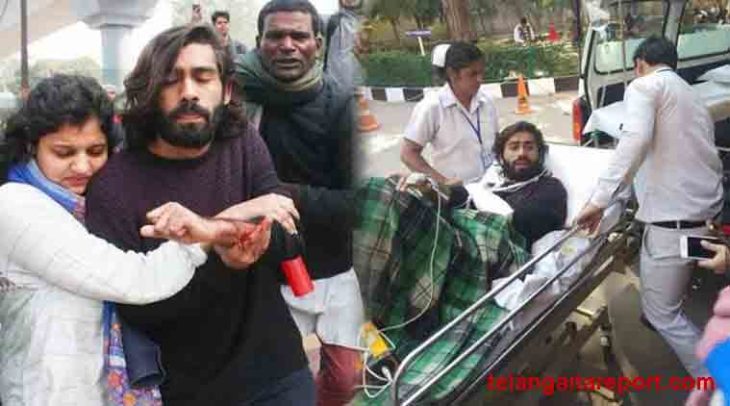 New Delhi, Jan 31 : Jamia Millia student Shahdab Farooq, who suffered injuries after a man fired a pistol at a group of anti-CAA protesters outside the university, was discharged from AIIMS on Friday morning.

Al-Ameen, a student of Jamia’s Mass Communication department and Farooq’s friend, said he was discharged from the hospital around 8 am.

“His father reached Delhi on Thursday night, but Shahdab won’t go back home in Kashmir. He will stay at the university,” Al-Ameen said.

Farooq underwent a surgery at the hospital, he said.

Tension spiralled in Jamia Nagar on Thursday after a man fired a pistol at a group of anti-CAA protesters, injuring mass communications student Farooq, before walking away while waving the firearm above his head and shouting “Yeh lo aazadi” amid heavy police presence in the area.

Farooq, who received bullet wound on his left hand, was admitted to AIIMS. No injury to blood vessels or nerves were sustained, a doctor said.