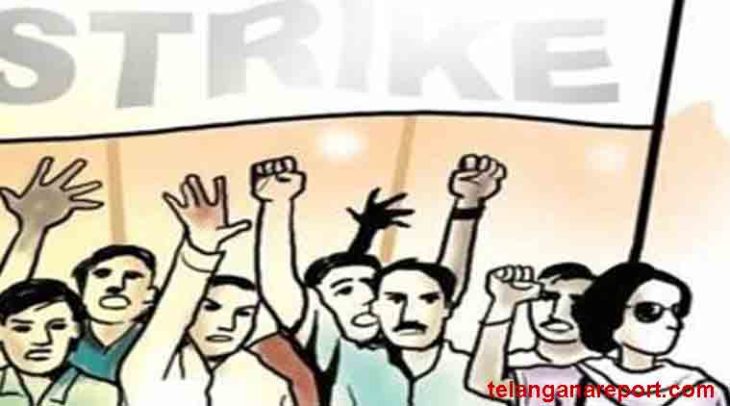 Hyderabad, Jan 31 : Banking operations in public sector banks come to a standstill in Telangana on Friday as over 60,000 employees including officers participated in the two-day strike call given by unions pressing wage revision, among other demands.

“Barring some private banks, employees of all banks in Telangana including Regional Rural Banks, cooperative banks and old generation private banks participated in the strike.

The strike call has been given by the United Forum of Bank Unions (UFBU), an umbrella body of nine bank unions, including All India Bank Officers’ Confederation (AIBOC), All India Bank Employees Association (AIBEA) and National Organisation of Bank Workers (NOBW).

Employees of over six thousand branches across the state held demonstrations in various cities in Telangana, Rambabu added.

An official of the Reserve Bank here said though they did not participate in the strike, some of the employees, expressing solidarity, took part in the demonstrations held in the city by the agitating employees.

With Sunday being a holiday for banks, normal services will be restored only after three days, on February 3.