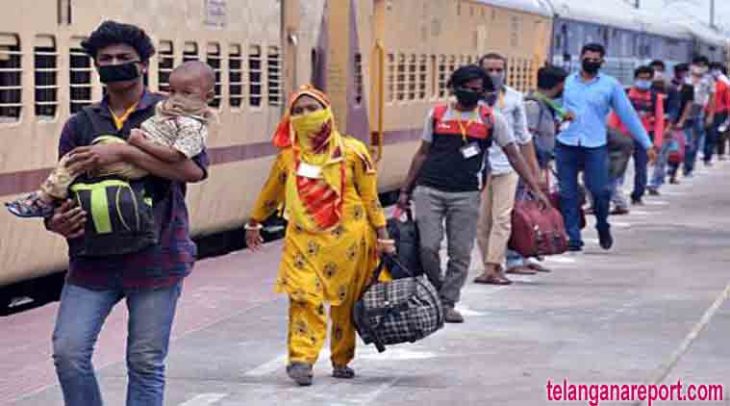 Lingampally (Telangana) [India], May 9 : The special train carrying 225 migrant workers of Bihar have reached Lingampally railway station in Telangana. These people came as they wanted to work in rice mills in Telangana.

“The special train which brought 225 migrant workers from Bihar reached at around 12:55 pm. These workers were willing to work in the rice mills in Telangana. After they reached here they were screened and PPE kits were later given to them,” said VC Sajjanar, Cyberabad Police Commissioner.

He further said, “These migrant workers have been sent to different locations like Peddapalli district, Jagtial district and Miryalguda district, where they will work in rice mills.”

Upon their arrival at Lingampally railway station, Civil Supplies Minister Gangula Kamlakar along with other officials visited the railway station to welcome the migrant labourers.

This is for the first time since the lockdown was imposed that the migrant workers willingly left their native state to work in some other state.

Speaking on the recent death of 16 migrant workers in Aurangabad, Kamlakar said, “We are saddened after hearing about the migrant labourers meeting with accidents on their way back to their homes. We request them not to walk from their residences in Telangana to their destinations because the state government is making arrangements for their safe travel to their native states. However, they can also work here at various places as few sectors have been allowed to be functional during the lockdown.”