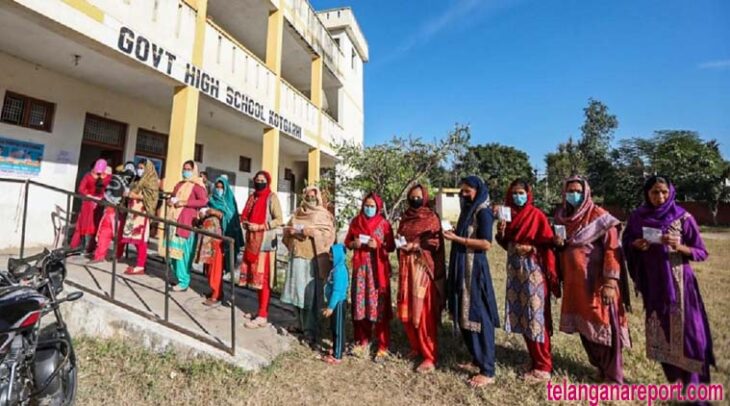 Jammu, Dec 23 : Forty-two independent candidates registered their victory in the District Development Council (DDC) elections, the count of which was underway Tuesday evening in Jammu and Kashmir, officials said.

Elections with 280 SDC 14 seats in each of the 20 districts – were held in eight phases in Union territory from November 28 to December 19 and so far the results of 240 seats have been announced after the start of the vote count Tuesday morning, officials said.

The Peoples Alliance for the Gupkar Declaration has so far won 95 seats followed by the BJP at 68, while Congress had secured 21 seats until the latest reports arrive.

Of the 42 independent candidates selected, the Kashmir Valley elected 28 while the others were elected in the Jammu region. The divisions of Kashmir and Jammu have 10 districts each.

Seven independent candidates won the Srinagar Prize, the highest of any J&K district, followed by four in Pulwama, Shopian and Poonch and three in Bandipora and Baramulla districts, according to official data released by the J&K Election Commission. .

The biggest upheaval at the hands of independent candidates was the defeat of former MP Shah Mohammad Tantray, who resigned from the PDP earlier this year. Tantray was defeated by Riyaaz Choudhary who polled 3,829 votes against 2,898 by him in Loran constituency of Poonch district.

Three independent candidates each won from Bandipora and Baramulla, two each from Ganderbal, Kupwara and Anantnag and one from Budgam.

In the region of Jammu, besides Poonch, the independent candidates recorded their victory in the districts of Ramban, Rajouri, Kishtwar, Reasi and Doda.