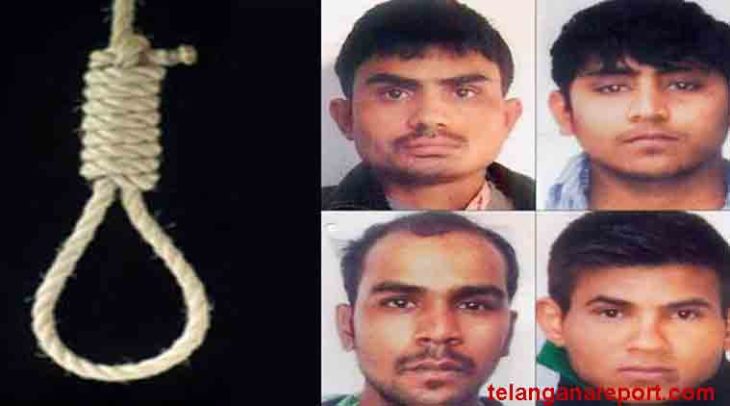 The proceedings were conducted in-chamber. A curative petition is the last and final legal remedy available to a person.

The five judges were unanimous that there was no merit in the curative petitions filed by the two condemned petitioners.

“The applications for stay of execution of death sentence are also rejected. We have gone through the Curative Petitions and the relevant documents. In our opinion, no case is made out within the parameters indicated in the decision of this Court in Rupa Ashok Hurra vs. Ashok Hurra & Another, reported in 2002 (4) SCC 388. Hence, the Curative Petitions are dismissed,” the bench said.

The other members of the bench were Justices Arun Mishra, R F Nariman, R Banumathi and Ashok Bhushan.

Vinay and Mukesh had filed curative petitions on January 9.

A Delhi court had on January 7 issued death warrants against the four convicts and said they would be hanged on January 22 at 7 am in Tihar jail.

A 23-year-old paramedic student, referred to as Nirbhaya, was gang-raped and brutally assaulted on the intervening night of December 16-17, 2012, in a moving bus in south Delhi by six people before being thrown out on the road. She died on December 29 at Mount Elizabeth Hospital in Singapore.

The Supreme Court had in 2017 upheld the capital punishment awarded to them by the Delhi High Court and a trial court.

One of the six accused in the case, Ram Singh, allegedly committed suicide in Tihar Jail.

A juvenile, who was among the accused, was convicted by a juvenile justice board and was released from a reformation home after serving a three-year term.

On July 9, 2018, the apex court had dismissed the review pleas filed by three of the convicts in the case, saying no grounds had been made out by them for review of the 2017 verdict.