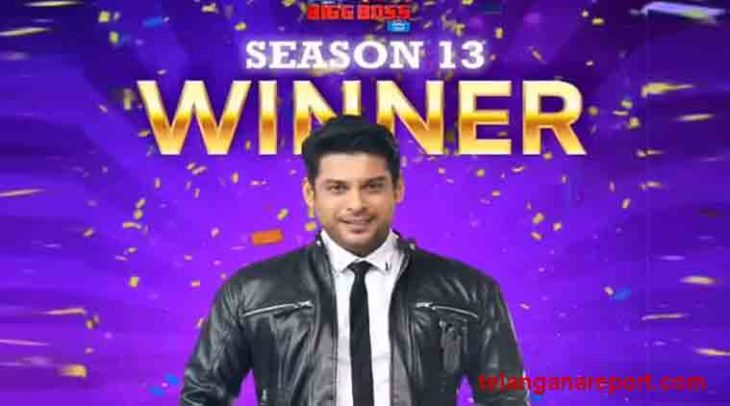 He made his Bollywood debut in 2014 with “Humpty Sharma Ki Dulhania”, which starred Varun Dhawan and Alia Bhatt in the lead.

Throughout “Bigg Boss 13”, the actor stayed in news for his aggressive behaviour towards fellow contestants. His rivalry with Asim was one of the biggest talking points of the Colors TV show and many fans expected the final competition to be between them.

Besides Sidharth and Asim, four other finalists of the show were Shehnaaz Gill (Sana), Rashami Desai, Aarti Singh and Paras Chhabra.

Shehnaaz, who was known for her closeness to Sidharth, was the second runners up while Rashami came fourth. Paras, hailed as a gamer on “Bigg Boss”, was the first to leave the house during the finale as he took Rs 10 lakh prize money that the show offered the six finalists.

Then, Aarti’s mother came inside the house to take her out with her.

Asim, Sana, Rashami and Aarti have won themselves tickets to Yas Island in Abu Dhabi, as announced by the show’s host Salman Khan.

The finale saw performances by all the couples, who hit headlines on the show, including Sidharth-Shehnaaz, Asim-Himanshi Khurana and Sidharth-Rashami.

All the finalists had their families and former contestants cheering them.