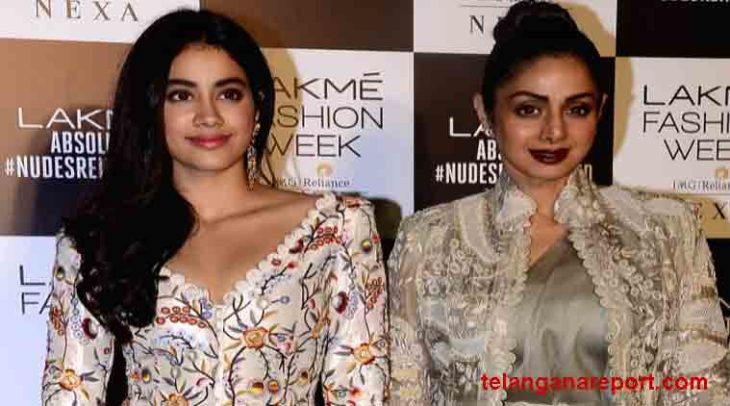 The “Dhadak” actor posted a black-and-white photo from her childhood where she is seen hugging her mother on a sofa.

Sridevi passed away, aged 54, due to accidental drowning in a Dubai hotel on February 24, 2018. Her sudden death left family, friends and thousands of fans in a state of shock.

In an impressive career, spanning five decades, Sridevi dominated the commercial space in cinema in the ’80s and ’90s.

She made her Hindi film debut as a child artiste in 1975 hit “Julie” and continued ruling the South Indian film industry where she established herself as a leading heroine with films such as “16 Vayathinile”, “Sigappu Rojakkal”, “Meendum Kokila” and “Moondram Pirai”.

In Bollywood, she started her journey as a lead actor in 1978’s “Solva Sawan” and followed it up with a number of commercial hits such as “Himmatwala”, “Mawaali”, “Tohfa”, “Mr India”, “Chandni”, “Lamhe”, “Nagina” and “Khuda Gawah” among several others.

Her last film was 2018’s “Mom”, which won her a National Award posthumously.

The actor was married to producer Boney Kapoor and shared two daughters — Janhvi and Khushi.

Janhvi, who made her debut with “Dhadak”, was most recently seen in “Ghost Stories”. She will next star in “Dostana 2”, “Roohi Afzana”, “Gunjan Saxena: The Kargil Girl” and “Takht”.