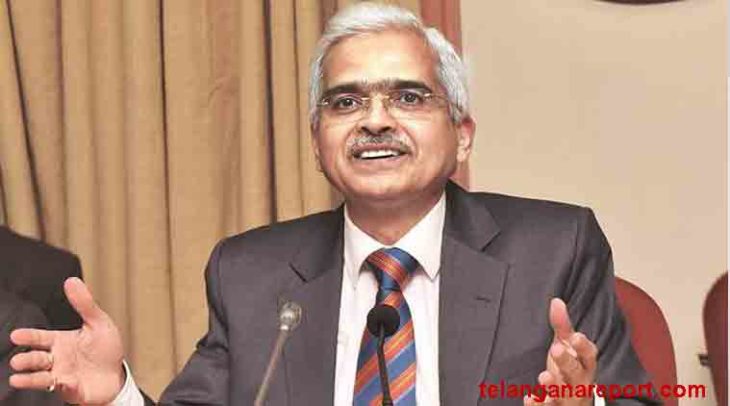 New Delhi, Feb 15 : Amid concerns over economic slowdown, RBI chief Shaktikanta Das on Saturday said credit growth momentum is picking up and ruled out any possible spike in inflation due to Budget proposals as the government is maintaining “fiscal prudence”

After the first meeting of the RBI board post 2020-21 Budget presentation, Das also expressed hope that transmission of rate cuts would improve further

“The direct inflationary impact of any budget is fiscal deficit number, when borrowing goes up, but the government has adhered to the principle of fiscal prudence

“The ‘escape clause’ under FRBM Act, the deficit number in the current year as well as the next year are very much within the parameters set as per FRBM committee recommendations,” Das said

Facing revenue shortage, the government raised the fiscal deficit target to 3.8 per cent of the GDP for 2019-20 in the budget, from the 3.3 per cent pegged earlier

The government has utilised ‘escape clause’ under the Fiscal Responsibility and Budget Management (FRBM) Act, which allows the Centre to breach its fiscal deficit target by 0.5 percentage points at times of severe stress in the economy

Meanwhile, the finance minister said the government is monitoring farm credit given by banks in rural areas, adding that she expects to meet the increased target of Rs 15 lakh crore for the next fiscal

“Credit limit has been expanded. I am sure it is based on local ground level requirement…we expect the demand to grow and credit requirements to also meet up with it. I am actually closely monitoring banks and their extension of credit facility particularly to rural areas. So I think we’ll be able to meet that,” Sitharaman said

The farm credit target for the current fiscal has been set at Rs 13.5 lakh crore

“Declining crude prices has definitely positive impact on inflation…The main reason for spike in inflation is because of food inflation, mostly milk, fish, and various protein related items. Core inflation has slightly edged up because of revision of telecom tariffs,” he added

Retail inflation based on consumer price index (CPI) soared to a near six-year high of 7.59 per cent in January, surpassing the Reserve Bank of India’s comfort range primarily on account of rising vegetable and food prices

Similarly, wholesale prices-based inflation accelerated to a 10-month high of 3.10 per cent in January, mainly due to costlier food articles, particulary onion and potato

About the Supreme Court order regarding Adjusted Gross Revenue (AGR) dues to be paid by telecom companies, Das said the central bank would have internal discussions in case there are any issues arising out of it

The court threatened contempt proceedings against top executives of Bharti Airtel, Vodafone Idea and other telecom firms for failing to comply with its directive to pay an estimated Rs 1.47 lakh crore in past dues

On moderating credit growth, Das said there are signs of uptick and the momentum is gathering pace. “Credit flow is slowly and steadily reviving… we do hope and we do expect the credit flow to improve in the coming months,” he added

Credit flow from all sources — banks, domestic market and external commercial borrowing — has improved to Rs 7.5 lakh crore, he said, adding nearly Rs 6 lakh crore flow has happened between October and January to the commercial sector

“Within that, if you look at bank credit to the commercial sector, it was actually a negative growth at the end of September by about Rs 1.3 lakh crore or so. Now it is plus Rs 2.7 lakh crore, the latest number we have at the end of January. So this is within the total number I mentioned,” Das said

On February 6, the six member-Monetary Policy Committee (MPC) headed by Das, for the second meeting in a row, kept repo rate unchanged at 5.15 per cent but maintained the accommodative policy stance which implies it was biased in favour of cutting rate to boost growth

Prior to going for status quo on rates in December, the central bank had slashed rates five consecutive times that resulted in a cumulative 1.35 per cent decline in repo rate.